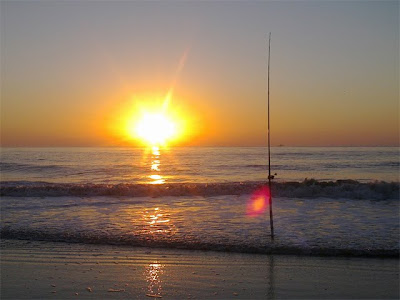 An early morning trip to Jekyll Island, Georgia. We watched the sun rise over the beach, the dolphins were fishing as were the pelicans and two bald eagles flew overhead. We were only interrupted from nature watching by a solitary run. One of the rods banged over a couple of times before producing a take. A great fight and a 42 1/2" red drum, taken on a fresh mullet head. It was a broad, well conditioned fish over 30lb. 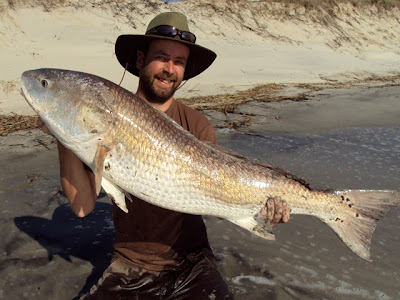 We fished on for a couple of hours but nothing else was interested in the bait. We did see a couple of horseshoe crabs mating in the high tide and a shark swam past where we had been wading about - which was a bit worrying - until Paul mentioned there are also alligators there as well. Florida tomorrow... 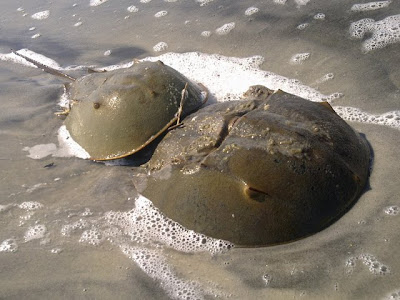 For scale, the smaller one is about the size of a cycle helmet.

Edit: In the evening myself and Tina cycled over to the other side of the island and watched the sun set... The perfect end to the day... Well, no, I'd forgotten to make dinner reservations, then I broke the central locking on the car and then got us horribly lost for a couple of hours... 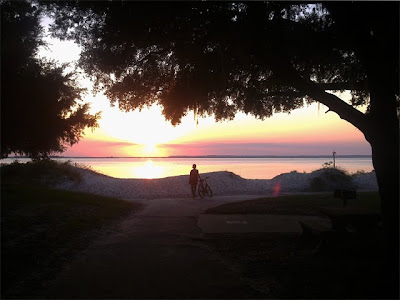