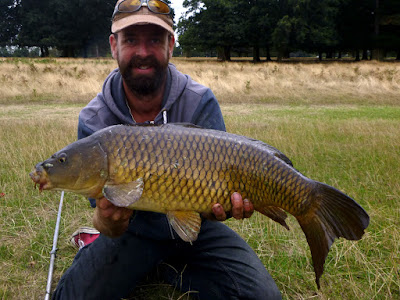 A few hours stalking carp on floating bread crust. Not monster carp but streamlined hard-fighting fish, and a great way of catching them. 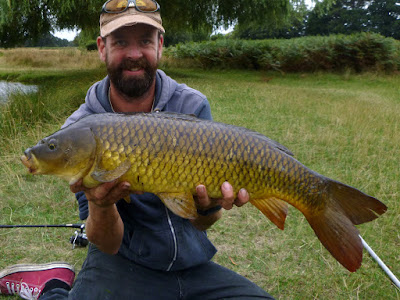 And I landed nine fish, including three doubles to 10lb 14oz - that’ll help my doubles count! And was a hell of a lot of fun!!
Posted by Brian at 10:37 No comments: 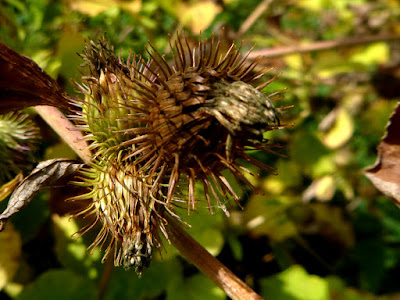 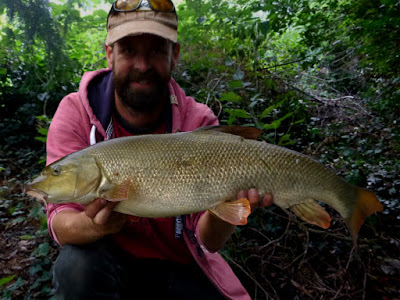 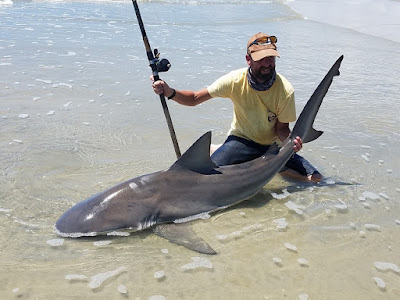 It just remains for me to thank Brooke, Paulos and Sammi for their hospitality and Paulos for his exceptional guiding - you’d be forgiven for thinking it’s shark soup here, but it’s Paulos’ years of experience.

Judging from the lawn we’ve had some much needed rain, so it’s probably time to target a local barbel or two and it won’t be long before it is pike time - new lures ready to go...
Posted by Brian at 06:32 2 comments: 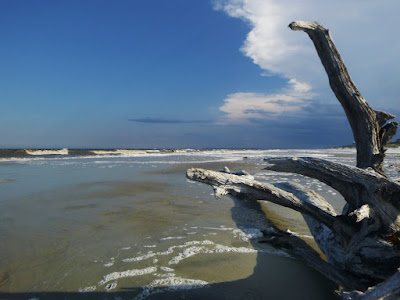 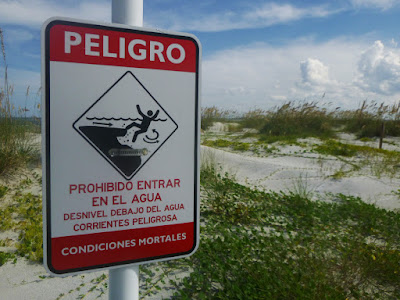 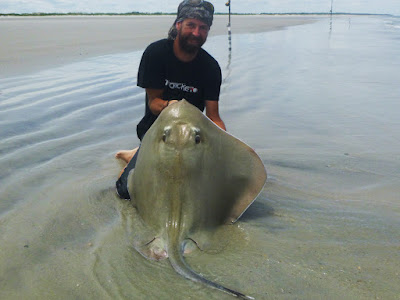 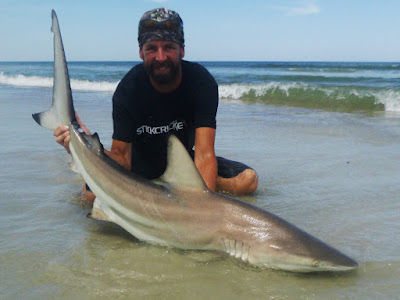 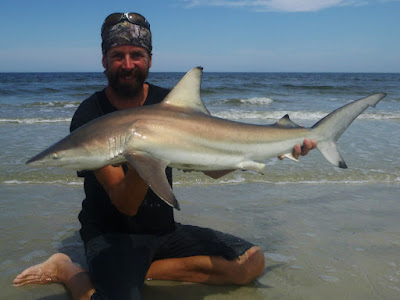 Running out of time the rods were cast back out. And it didn’t take long before shark number 12 hit the bait - not a monster but a little blacktip to wrap the trip up. Simply brilliant!
Posted by Brian at 07:19 2 comments: 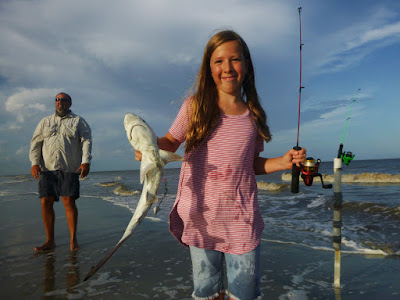 Mini-rods, fingerling mullet livebaits and about a foot of water. Mini shark fishing and Brian Vs Sammi... And I’m not making excuses...


Brian 0 Sharks - Sammi 3 Sharks
OK, now for the excuses; Sammi practically grew up on this beach... And she’s obviously a lot better at shark fishing than me!
Posted by Brian at 08:30 2 comments: 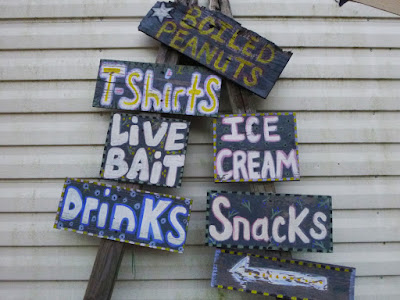 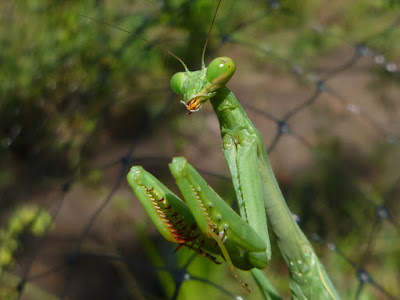 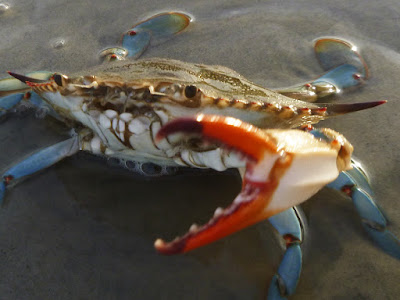 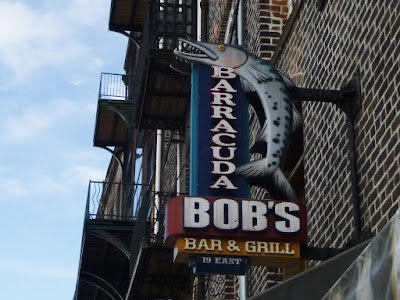 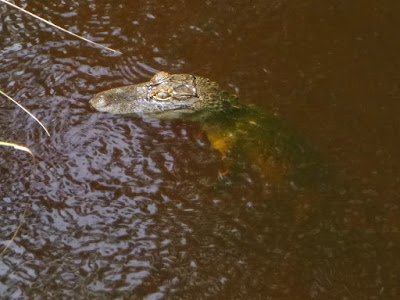 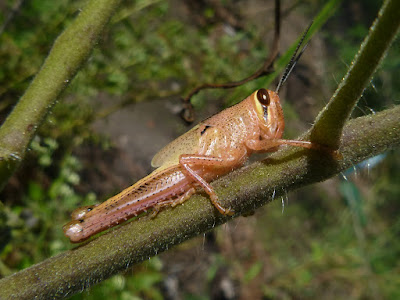 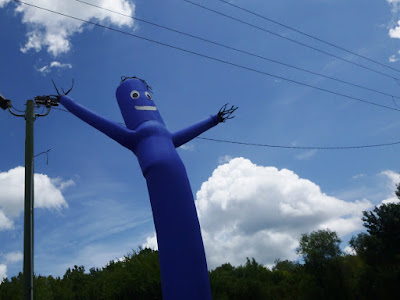 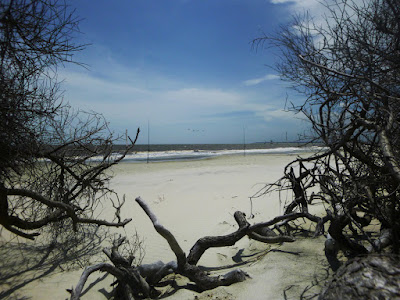 Paulos had warned us that the flat tides this week would make shark fishing tough - but you’ve got to be in it to win it. We grabbed the gear and headed for the beach - and we’re surprised to see mullet. 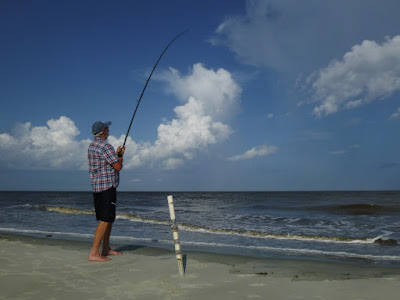 Loads of mullet - the run had started early this year. Where the bait-fish run the predators will follow, soon there will be black tips, red drum and big stingrays hitting the shallow surf... 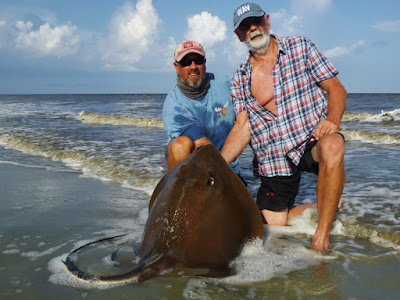 And Roger hit an early stingray, cracking fight - he does like a stingray battle - before beaching the lovely dark fish above. Only fish of the afternoon, but an absolute beauty - brilliant stuff!
Posted by Brian at 07:15 No comments: 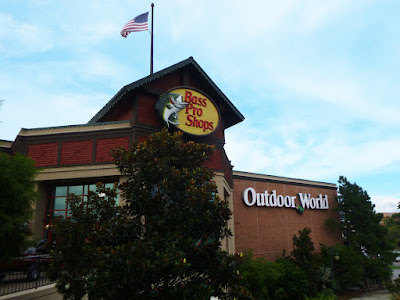 Best clear my afternoon, there are lures to be bought...
Posted by Brian at 14:26 4 comments: 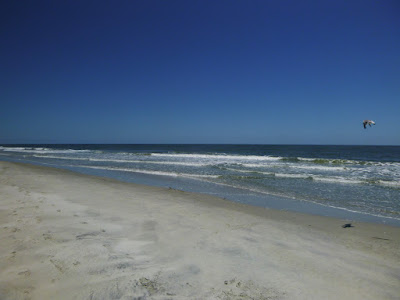 A trip to Blacktip Island, I’d been looking forward to this and to hopefully getting a big shark on the beach during daylight. Kit ready, bait sorted we were on the dock to watch the sunrise... 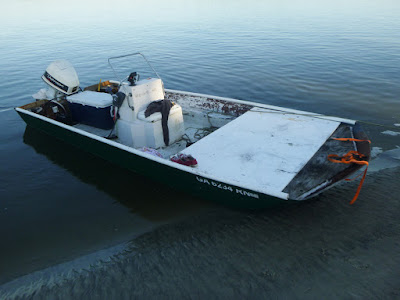 Me and Paulos we joining Capt. Keen for a 30 minute run out to the island. Capt. Keen was soon into a couple of sharks. Then one of our rods tried to rip from the spike - I’ll let the photos do the talking... 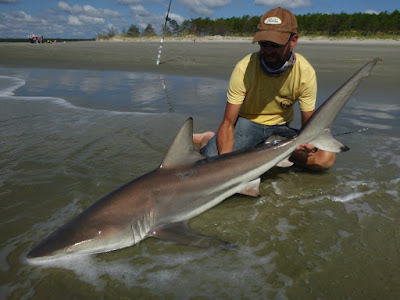 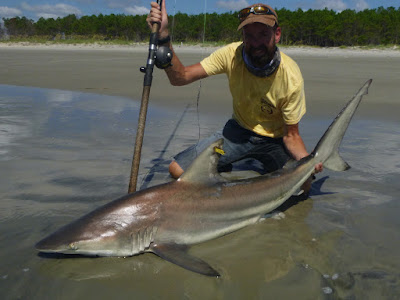 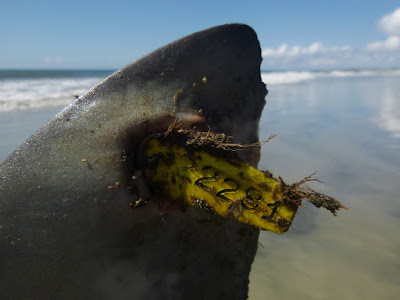 And this Shark was tagged, number 22281, measured and reported! 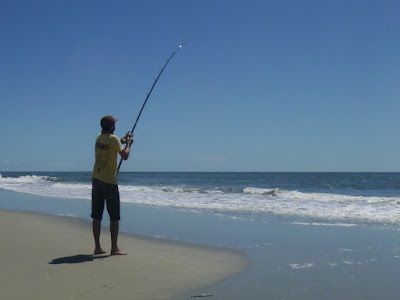 And then I hit something really powerful... 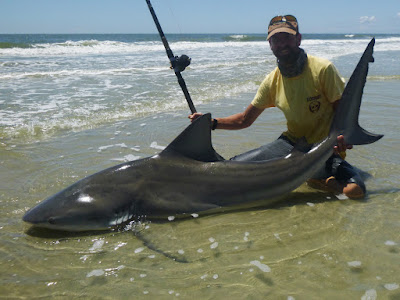