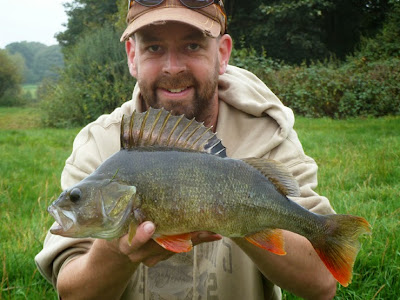 Day 4: As James was playing a good perch two other identical perch were following it around, he held it on the surface and I dropped my live bait next to it - and it was instantly snapped up. Double hook-up and two big perch in the net at the same time - result!

Both went 2lb 4oz, another two pounder for James and a new PB for me. Brilliant end to the weekend on the Wye. 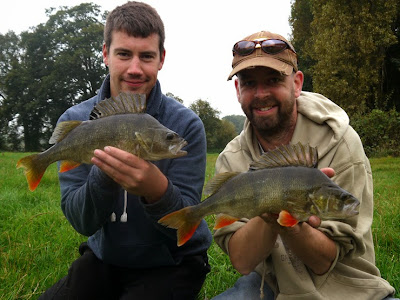 Love these double hook-up photos (but in the excitement we're holding the wrong fish).
Posted by Brian at 09:46