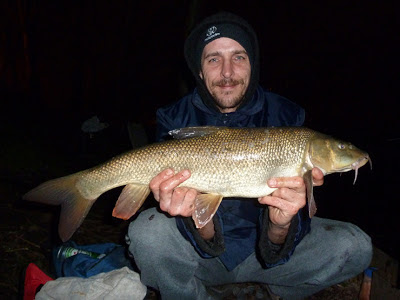 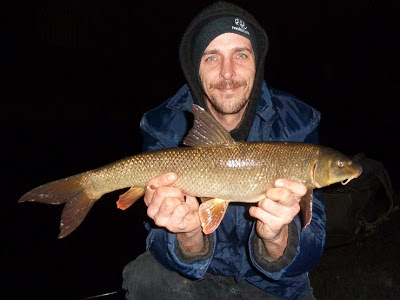 Myself and Darren hit the river for the last hour of daylight and the first couple of hours of dark, and it wasn't looking good. Just one missed bite to me and we'd just conceded defeat when Darren's rod knocked round. It only takes a second to make a winter trip! A 3lb 10oz barbel on a winter evening, great stuff!
Posted by Brian at 19:36 4 comments:

Photos From The Riverbank 4

Scenery for a change (and to escape the winter weather)

Email ThisBlogThis!Share to TwitterShare to FacebookShare to Pinterest
Labels: Photography

Too Cold For Barbel! 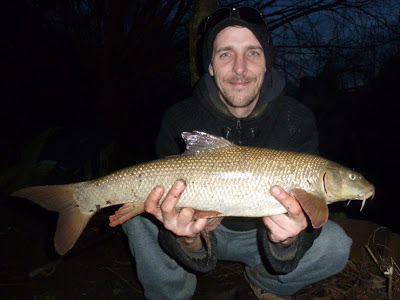 It's too cold for barbel, so I didn't bother to go fishing. But finishing work just before 3pm I decided to walk down and see how Darren was getting on. Seems I was right, not a knock all afternoon.

Still it was nice to be on the frosty river and we chatted away until packing up time as it was getting dark. Then his rod slammed over, great stuff! At least I could do some net duty... Ah, he forgot the net... At least I could get muddy, wet and slimy handing it out... Love it!

And a 6lb 0oz barbel on a proper winter's day. Nice one Darren, I'm glad you proved me wrong!
Posted by Brian at 18:12 2 comments: 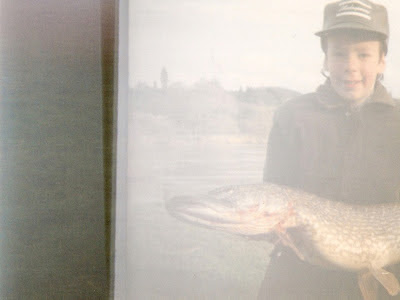 But the river levels have dropped and hopefully this cold snap will make the bait-fish shoal up (a flood tends to spread them out). So fingers crossed for a productive end to the season!
Posted by Brian at 16:51 4 comments: 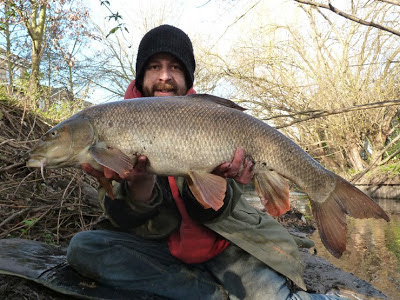 A proper January barbel! I've been watching this fish for nearly 2 weeks before I managed to get her to take a bait, but a new PB - so time well spent! 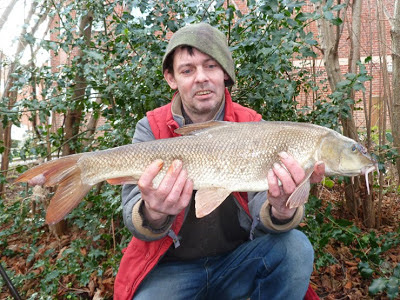 And Dan added this really ugly 4lb 6oz fish (check out the growths on his head and tail). Taking Dan to over 100lb of barbel this season, not bad for a trout fisherman... Not a bad day all round!
Posted by Brian at 19:25 13 comments:

And Jack & Bob's new calendar for 2013 is out now from Lulu - Better late than never! Keep track of which month you're in with this new fangled device... Click here for a full preview and to get one!
Posted by Brian at 05:20 2 comments:

Important Pike (To Me) 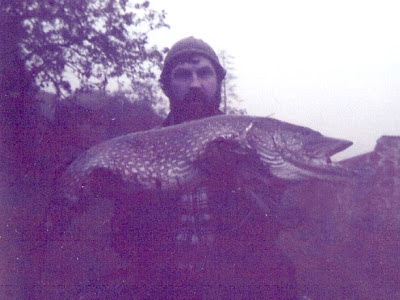 This is the first twenty I ever saw, caught by my Dad. I can't remember it as I was only 4 or 5 years old at the time... But I'm pretty sure it left a lasting impression on my subconscious! 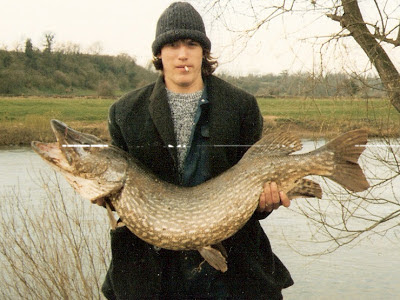 This is the biggest one I've ever seen in the flesh, landed at about 36½lb, weighed in at 34lb (after it coughed up a salmon). I even caught the tiny dace live-bait it took a fancy to. 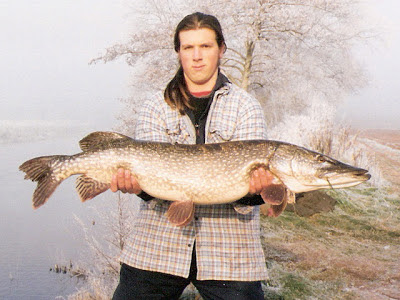 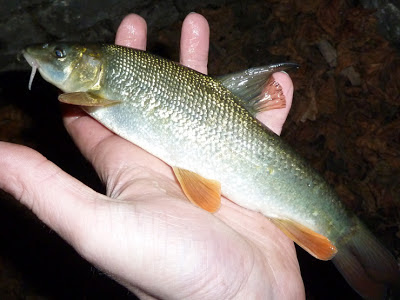 Well it's a January barbel, but this isn't exactly what I had in mind!! Think I had better head back out next week and have a blast at catching his great-grandmother!

Edit: Just worked out this is my 50th barbel of the season (ranging from about 4oz to 10lb 8oz, mostly over our target-weight of 5lb though).
Posted by Brian at 22:24 2 comments: 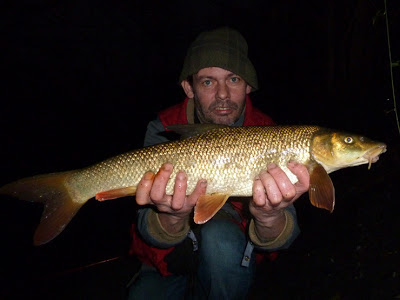 Running out of time we both fished the last spot where I was briefly in the action, felt like a good fish, until the hook pulled - can't win them all. I need to crack on and get my January barbel before the cold weather arrives!
Posted by Brian at 21:47 2 comments: