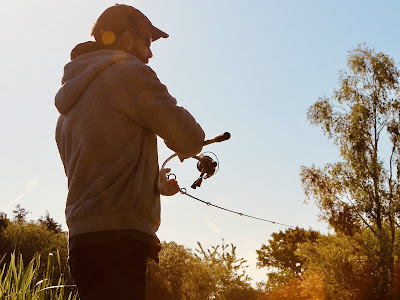 A very strange summer season, after my diagnoisis I thought time on the bank would be limited. Instead I did find time (20 trips), fishing around surgery, chemo and radiotherapy. I was in hospital most days so each fishing trip became very important - the planning and time in nature as essential as the fishing itself.

Closed Season: Things were very up in the air after the initial diagnosis - after the bad news we had to create a plan to try and deal with it! Fishing was far from my mind to begin with but an away day before surgery seem a great idea - and a catfishing trip was perfect - eight cats to a 33lb 6oz new PB - that'll tide me over...

June: Opening day was just 10 days after surgery - but I dragged myself to the riverbank - it really gave me something to work towards. Season opener was a little common carp and soon the barbel flowed - 34 of them over three trips to the Small River, not big fish but just what the doctor ordered! Plus a 5lb 3oz summer chub.

July: A couple more trips to the Small River but the main event was five days on the mighty River Wye. Targeting barbel in the low water, a few hours a day on Swan Shit Island inbetween family time. And the fishing didn't disapoint - 30 barbel to 8lb 4oz, 70+ chub and seven eels! Hopefully be back for a few more barbel before pike time.

August: Started with a mission to find a seven pound plus barbel on the Small River - do they still exist? Yep, got one - but I think they're few and far between now! Then a fantastic day chasing Fenland rudd in the boat with James - no monsters but a pretty perfect day! And the initial round of treatments came to a close - I am knackered!!

September: Really knackered - in fact I ended up in hospital - just pushed it too far! I had to cancel my trip to The Wye and take it easy closer to home. I've said it before but I'm so lucky to have the Small River - it was a summer of chasing barbel - and great just to be out on the riverbank when I thought I would be stuck at home!

Right - now it's time for wooly hats and wellies - let's see what the autumn and winter season has in store for us...
Posted by Brian at 04:32 10 comments: 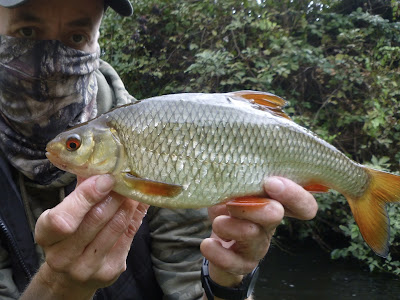 Morning wander with half a loaf & the stick 'n' pin. And a mix of chub, brown trout & roach - including three pound plus roach; 1lb 1oz, 1lb 2oz (above) and 1lb 6oz. Also lost a mid-double mirror carp - too much for my 3.6lb line in the fast water! Then it pissed down!! 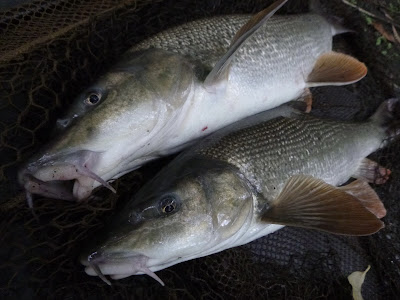 This weekend was supposed to be an epic four day mission on The Wye & Severn with James - searching for double figure barbel... But to be honest I think it would probably have killed me!

So we've postponed it for a month. James has headed to Yorkshire on his Barbel Quest - so expect a report soon. And I had a gently walk down the river - where six barbel, 2 chub & a crab found a bait. 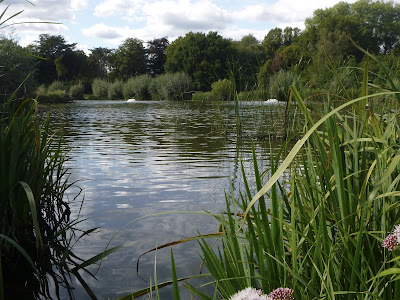 A trip to Marsh Farm trying to find a late summer crucian carp - but I think the recent cold nights have put them off - I don't think one was landed on the entire complex all day. Still a few small tench and silvers kept me entertained - and I sat still all afternoon! 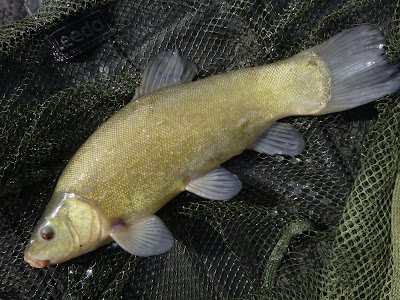 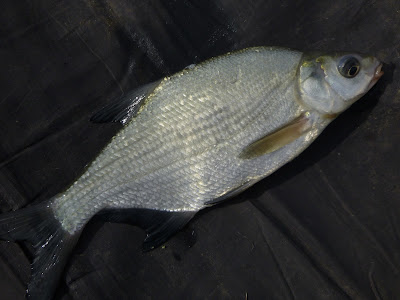 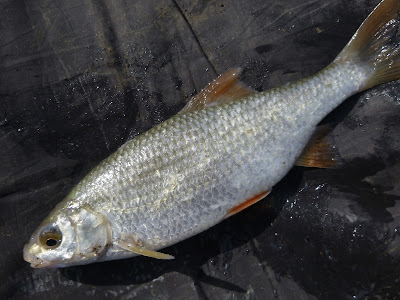 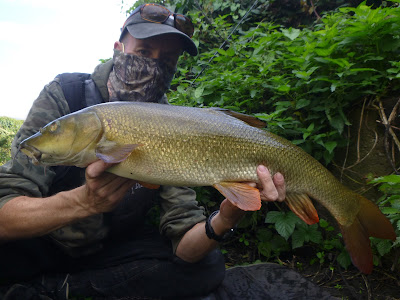 Been a while since I've been fishing - I pushed myself a bit too hard and ended up in hospital. A very boring week on the ward and I have a feeding tube stuck up my nose for a few more weeks! 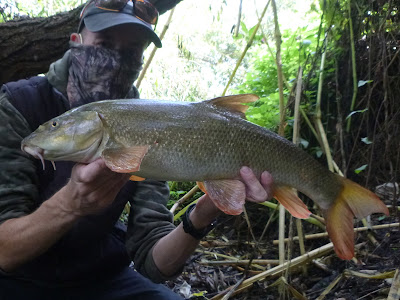 Feeling better I headed to the Small River to test my stamina - so lucky to have the river so close. I really tried to take it easy but soon reverted to my old self - rushing, jumping, climbing - idiot! 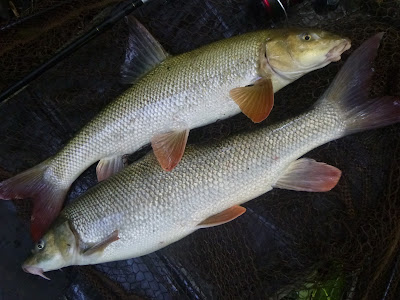 Thirteen barbel landed to 6lb 9oz, a cracking afternoon - but it really was a bit much - I was absolutely shattered! Think I need to try sitting still by a pond next time - until my strength returns...