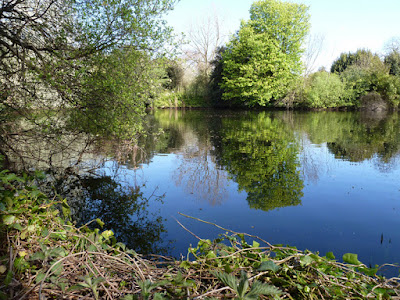 Winter is coming: I'm hoping to start my predator campaign with a pike session or two next week, and a six pound chub is at the forefront of my mind. And who knows, perhaps a shark or two...
Posted by Brian at 20:55 1 comment: 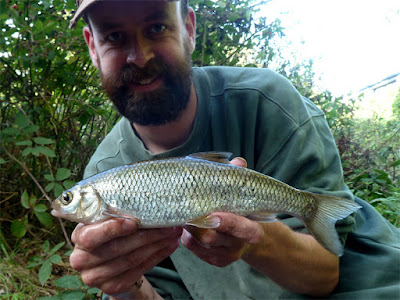 I had a couple of roach, no minnows this time (because I'd brought the mini scales) and a few chub. When targeting dace and you hit a chub about a pound you're convinced you've hit gold, heart skips a beat until you see those white lips! 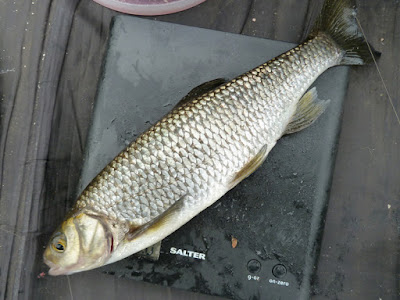 I think I'll give it a break for the time being and target them in winter when they are at top weight - but I'll be keeping an eye out for a big dace over the coming trips...
Posted by Brian at 19:35 2 comments: 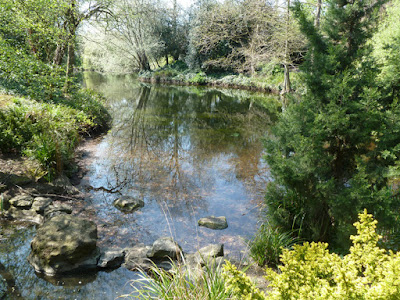 What can be better than a couple of hours in the late summer sunshine trotting for dace? My target is a pound plus fish, but for now I'm just happy to get some on the scoreboard. Flicking in a few maggots made them rise in the water and reveal their location. 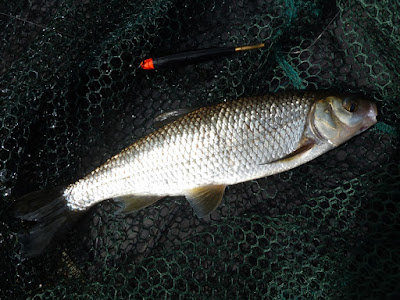 I managed 17 dace, the best going 10oz and a couple of roach. I did lose a slightly bigger dace but a lot more searching will be required to find my target - and more than a bit of luck! 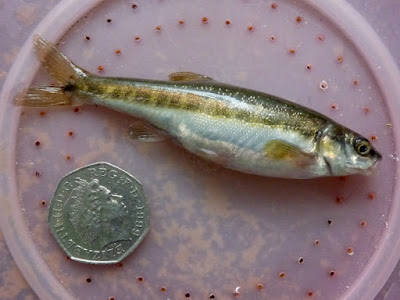 I did forget my kitchen scales again - so obvious I landed another monster minnow, got to put some weights to these...
Posted by Brian at 10:19 No comments: 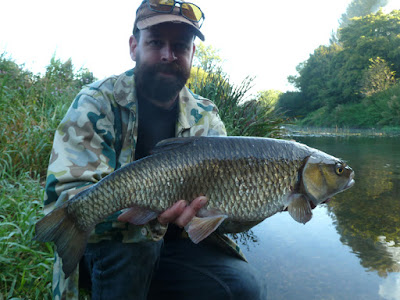 This weekend saw the beginning of my quest for a PB chub, the target for the winter is a 7lb fish, but this weekend was all about exploring new water while it is shallow and clear. A ridiculously early start saw me and James on the first stretch just after dawn.

After walking the stretch James spotted a chub in the weeds and landed a four pounder first cast, great stuff. I fancied a spot a bit further down, a overhanging tree with a deep pool beneath. I fed in some meat and set up a freelined bait and it wasn't long before I saw some big white lips suck in a free sample.

I cast across and the chub nailed it straight away, a good fight trying to get in the roots before my prize was in the net. A new PB of 5lb 14oz, one good meal away from a six! And thanks to James for a cracking photo. We continued fishing but the brief feeding spell was over. 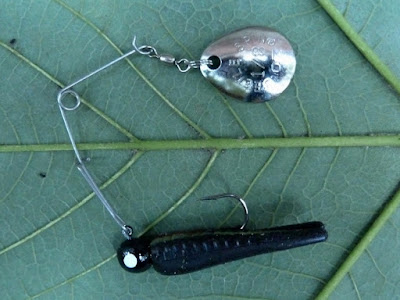 I had a plan, they wouldn't be able to resist a Beetle Spin would they? I thrashed the water to a foam, on this stretch and some others - and the chub loved following it, but they wouldn't commit - I don't think it was the lure, I think the bright conditions put them off. A perch and a jack nailed it though - not the target but great fun.

As darkness approached we opted for a bait and wait approach where we'd seen chub during the day. About an hour after dark I had the only bite - a rip round - and I missed it! 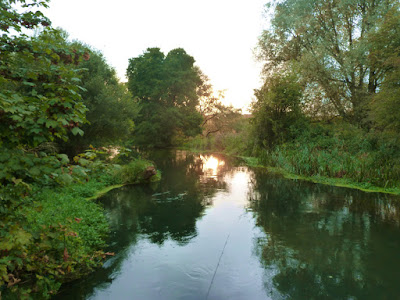 Day 2 and we were back one the first stretch to watch the sunrise. We had trouble spotting the chub, James managed to stalk out another four pounder before the sun came up. Then we spotted a couple of shoals of big fish but feeding time was over. I did spot a few pike to about 16 or 17lb, I'll be back for them!

With lots of water to explore we abandoned the kit and taking advantage of the high sun and clear water went fish spotting - reference for future trips. We eventually ended up trotting some long glides with maggots but James was getting plagued by salmon parr and I was upstream in minnow territory! 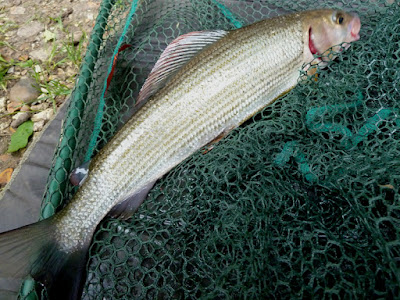 As evening approached it was decision time, bait and wait for chub or explore a nearby chalk stream? I think we made the right choice, spending the last two hours of daylight trotting a little pool we must have had well over 50 grayling with a few trout mixed in - fish to just over a pound were as easy to catch as the chub were difficult! Can't wait to get back after those chub though...
Posted by Brian at 12:05 6 comments: 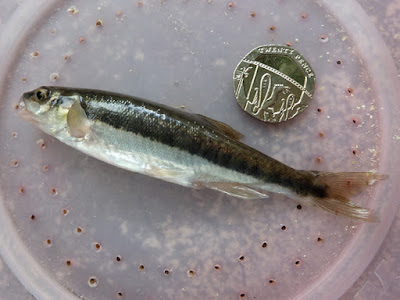 I just wish I had my digital scales with me, 10cm long (I measured the bait lid when I got home). The only other taker on a very quick morning stream fishing session was a trout about 2lb, I think the target chub can see the line - time to scale down further...
Posted by Brian at 11:12 4 comments: 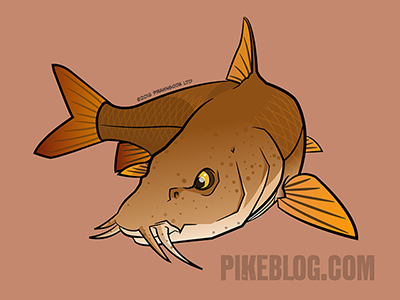 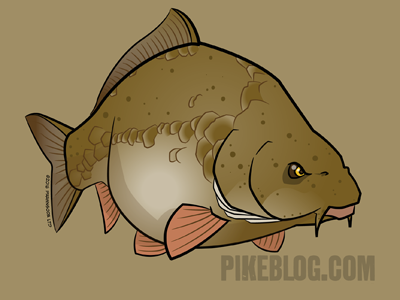 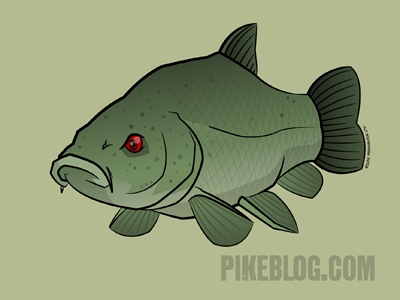 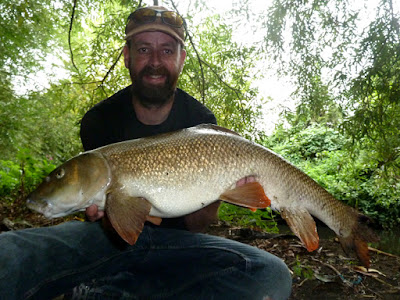 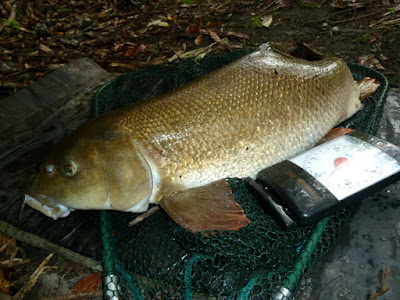 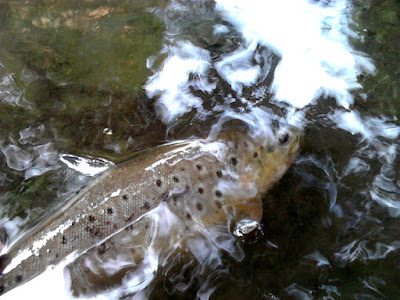 A very early start and me and James were on the river just after sunrise, we were going hunting cormorants with bazookas! Unfortunately bazookas are hard to acquire, even in Streatham, so we settled for a wander and a bit of fish spotting...

First up we found a big shoal of bream between 3lb and 5lb, not monsters by recent standards, so it was a bream fishing competition - first to 10 fish wins. In my defence bream are fairly new to me and James has been catching them since he was 18 months old... 10 bream to 5... Moving on...

We explored three rivers and a total of five stretches, James had a deadline of midday, and by 4pm we'd caught a total of 6 species; bream, roach, chub, dace, gudgeon and trout... OK, a bit late and no monsters but a great morning's fishing. 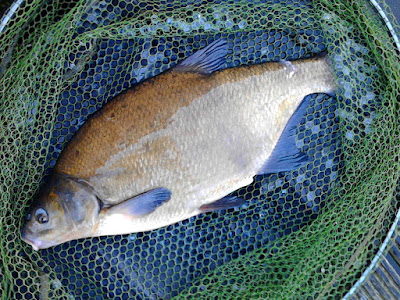 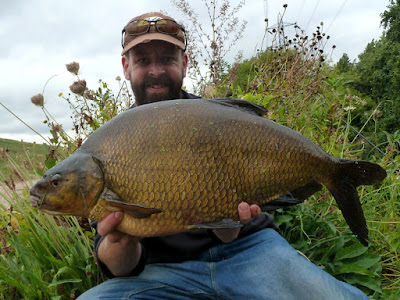 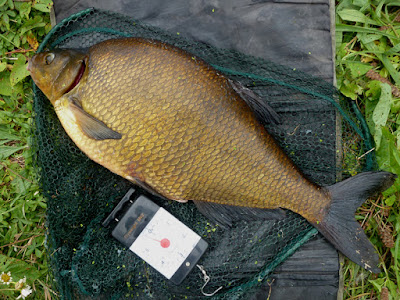 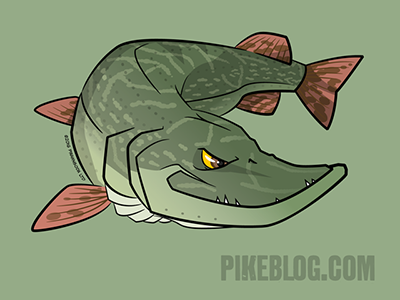 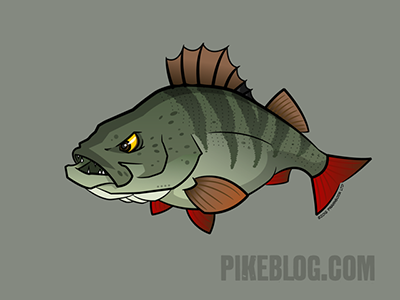 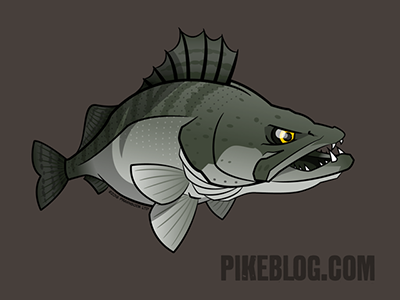 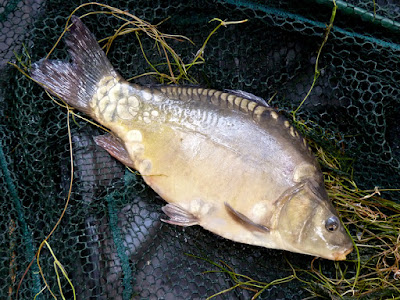 With summer hanging on I thought I'd do a bit of fish-spotting and stalking in a nearby stream, September is here and the fishing will change; the fish are getting bigger and pike time isn't far away! 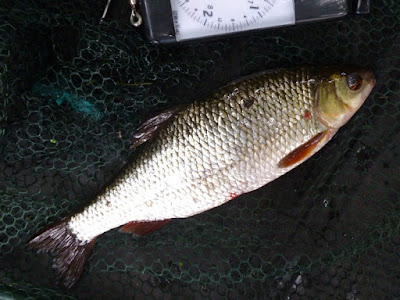 No monsters (there weren't any I could see) but carp, chub, roach, perch and gudgeon - a great way to spend the day. Let's hope we have a bit more summer to come. 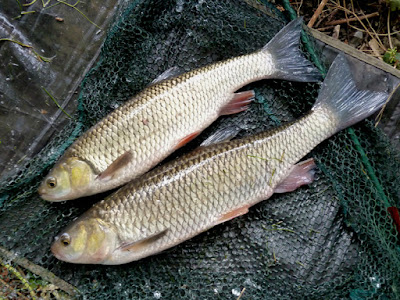