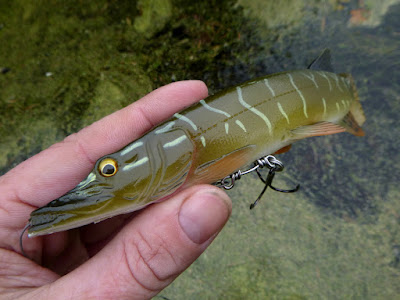 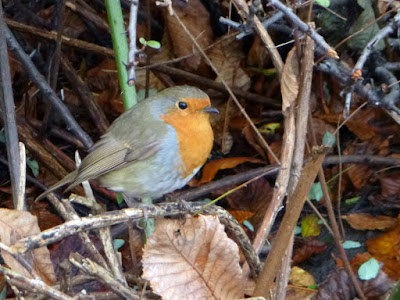 Not enough time to get to the pike ponds and horrible drizzly weather - so I thought I’d give the barbel another bash for an hour or two... 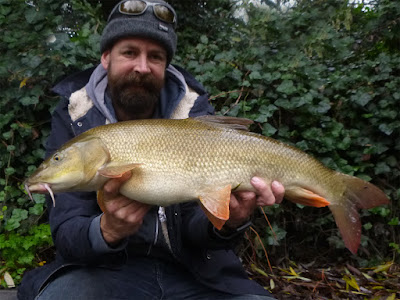 And three barbel found the net before the water got too dirty to spot them and I retreated out of the rain - worth getting wet for... 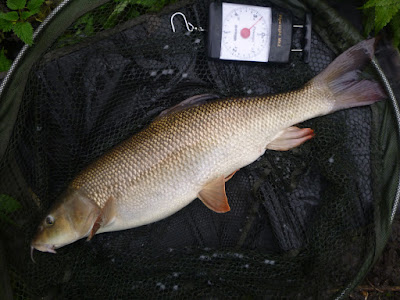 With the 100 Barbel Challenge cracked a couple of months ago can I crack the 800 overall total this season? 29 barbel to go... 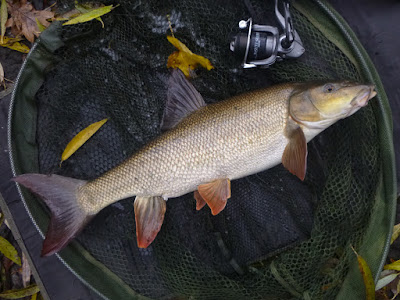 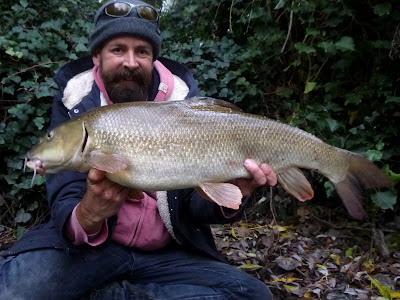 With three hours of light left in the day I thought I’d pop down the river and finish off yesterday’s tin of Spam - waste not, want not. And a great way to do it; 3 barbel and a bonus chub.

Last fish of the short session was this beautiful double, my fifth over the magic weight this season. I still had light but another landing net bites the dust - I really go through landing nets! 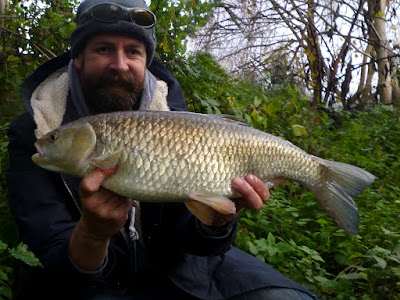 Can’t catch the bloody things! Since landing my last pike over a month ago I’ve done about 20 hours spread over 4 sessions chasing them - for just one lost fish - I’d had 50 this time last season. No two years are the same - but it’s tough going this season. 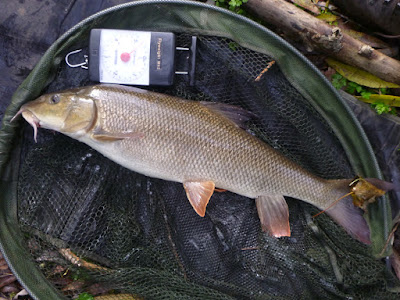 So to try and get a bend in the rod I headed out to see if the chub and barbel had acclimatised to the recent frosts. Four hours on the clock - 4 chub, best two going 5lb 0oz and 4lb 12oz - and 2 barbel; 7lb 0oz and 5lb. Cracking afternoon - batteries recharged... Right then pike...
Posted by Brian at 06:14 2 comments: 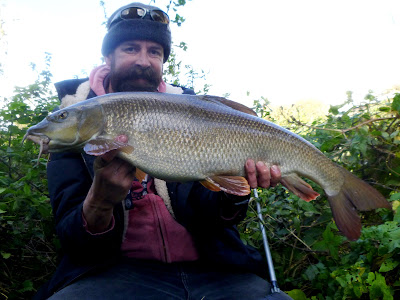 Back up to my neck in nettles, after about an hour an unsighted barbel nailed the bait. A cracking fight in the unusually dirty turbulent water after the recent rain - before a stunning double was swept up in the net. On the scales she went 10lb 10oz - fantastic!

My 10lb 11oz barbel from just over a week ago? I thought so - and nearly settled for a mat shot. Still a cracker but slightly disappointing to catch the same fish twice. So I was delighted when I compared the photos on the Mac - a different fish and a new one to me. Twins!! 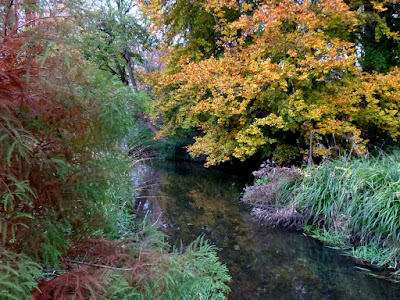 There is no getting away from it autumn is here - the leaves are falling, it’s getting colder and the nights are really closing in - loosing light from about 3pm and dark by 4.30pm - winter is on it’s way. 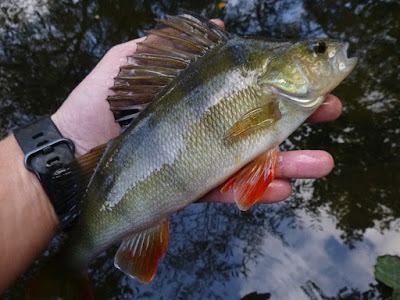 An afternoon on the river and a bit of trotting - a real mixed bag; roach, chub, gudgeon, minnows, dace and some beautiful perch. All too soon the light faded and the short trip was done - I’ll be back. 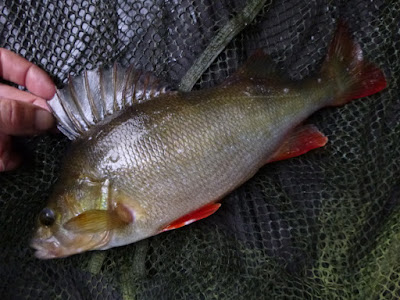 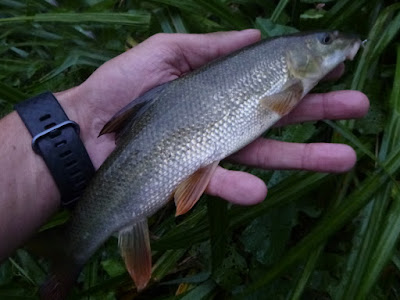 A trip to the pike ponds and four hours of thrashing the water to a foam with a variety of lures didn’t even result in a follow. I think I fished well and covered a lot of water - but that’s fishing! Ah well, at least the barbel are on the feed at the moment...

With three hours on the clock I hit the river - a barbel or two to take my mind off it. But 3½ hours into my 3 hour session I hadn’t had a bite. As hour 4 came and went I had to call it - wait - a nibble - a tiny barbel blank-saver. I’ve never been so pleased to see a little fish!
Posted by Brian at 05:55 No comments: