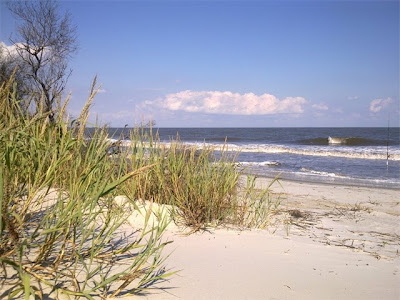 It was a rubbish tide today, combined with high winds, it was looking like pretty poor conditions for shark fishing... But spurred on by yesterday's success we decided to give it a couple of hours. Alas, only one take which sliced straight through the shock leader, but you've got to give it a go!

The tide was coming in rapidly and we had to retreat, when Paul pulled in his rod he caught a horseshoe crab, it was unharmed and released (video below). Also, a few other beach photos below. 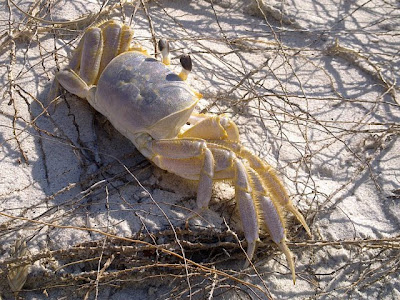 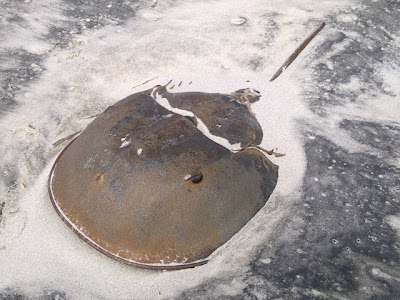 The exoskeleton of a dead horseshoe crab.

On the way back, after a fantastic seafood dinner, we saw some silver foxes, mini-deer and raccoons. I've wanted to see a wild raccoon since I was a kid, and we watched the one pictured expertly raiding a garbage can for food. 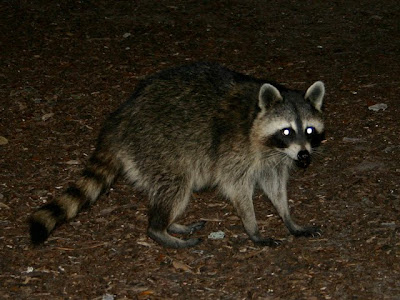 The first raccoon I've seen in the wild.
Posted by Brian at 03:21