Night On The Farm 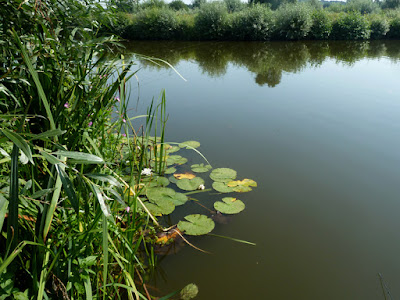 When you fish The Farm you build a swim, wait for your quarry and with any luck catch your prize. But you have to pack up before it gets dark - the fish start rolling and you know you're going to miss the golden hour. By chance I got to fish into the night - and confidence was high... 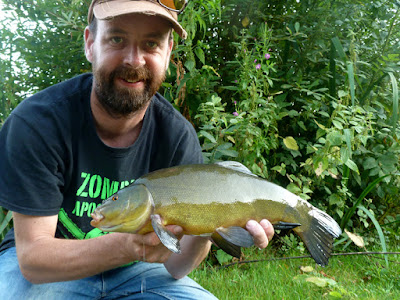 Starting late afternoon it was a bite a chuck; small perch, rudd, roach and the odd tench made it a pleasant few hours in the sun. I did loose a potential PB tench after a careful fight on 3lb line it shed the hook right at the net - annoying but I was here for gold... 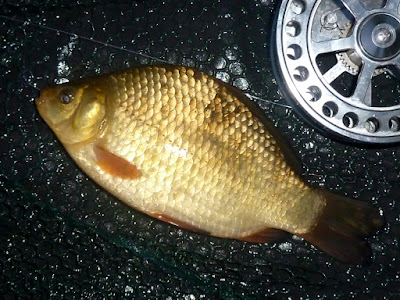 As it got dark the fish started to swirl, the swin was baited and the trap was set. I just needed them to get their heads down and feed. They didn't.

One bite, one fish, it was my target but I think it's the smallest crucian I've ever caught (still used the net though). At 10pm I dashed off to get the train still wondering how it all went wrong!
Posted by Brian at 12:10 2 comments:

Three hundred! Jack's Pike first appeared here in September 2010, initially a set of 12 strips, it built into 300 strips, three books and has appeared in numerous newspapers, magazines and on websites - and was even turned into an animated short on the DVD Caught In The Act, voiced by angling legends Mick 'The Duke' Brown and Neville Fickling!

Well that's it for the time being, who knows I might go back and write book 4 and I'm sure there will be the odd special now and again. The spin off, Fluff Chuckers, has just passed 4 years appearing monthly in Total Flyfisher magazine - and long may it continue.

Many thanks to everyone who has commented over the years, it really makes my day. And after 6 years Friday mornings won't be the same without Jack. Thanks again. 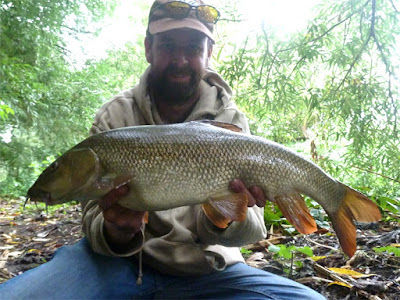 After a 3 week break and a rudd fishing trip that didn't go exactly to plan I headed out to try and get a bend in the rod. Weather wasn't great but the fish wanted to play, 4 chub to about 3lb, 4 barbel to 6lb 14oz and a pound plus eel - mission accomplished!

I noticed a couple of barbel spooking off the moving bait so I swapped to a small lead, letting the meat bump down the swim and sit for 30 seconds or so before I dislodged it and repeated the process. Don't know if I caught because of or despite the change in technique - but it was great to watch the rod rip round!
Posted by Brian at 15:01 5 comments: 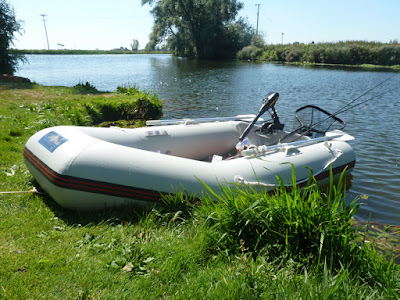 Over the weekend I joined James for a couple of days stalking rudd on the Fens, my target was a two pounder - and surface fished bread was the technique. The weather looked great (although probably too hot for fishing) and I was looking forward to floating about in James’ boat, the HMS Rudd.

What we didn’t anticipate was the unrelenting wind, it made fish spotting and presentation almost impossible. Without being able to target larger fish we were into the smaller ones, loads of roach and rudd, and even a little perch on bread. Lots of fun but not ones we were after.

We did watch pike swirling at the small fish and I was resisting the temptation to get the pike gear from the van at our lunchtime pitstop, sticking to the target in hand. 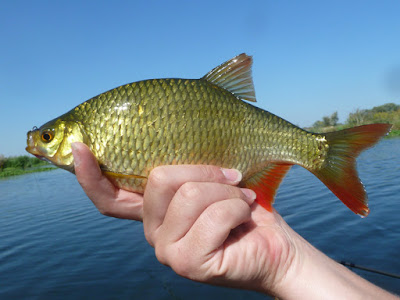 Then disaster; while parked up and enjoying a burger and a pint at a riverside pub a posh d*ck, eager to get to the bar, crashed his yacht into our moored boat - smashing James’ rod. I really though James was going to push him in, but when everyone calmed down the guy paid for the rod (an expensive trip to the pub for him), we cut the rod down below the broken section and continued fishing…

We couldn’t escape the wind and as the day wore on we only caught more small rudd, we couldn’t tempt the bigger ones into revealing their position in the choppy water. And earlier than we expected we headed back to shore.

Well, we ran out of battery and had to take it in turns rowing the last two miles upstream, and with no seat it was pretty uncomfortable - the B&B and a nice pint was a welcome sight! 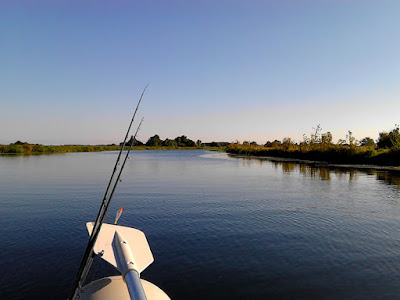 Day two and after a Full English we headed off to explore some drains we’d seen on the map. The first one we couldn’t find - so it turned out to be a nice walk in the countryside, the next looked devoid of fish. And the third provided a brief hook up with a carp for James - finishing off what was left of his rod - not the best morning!

The afternoon saw us back on the boat, even if we couldn’t catch anything at least we’d be on the boat! I would have taken pike kit this time but James was using my light lure rod as a float rod, we’d have been down to sharing one rod had I not taken it. 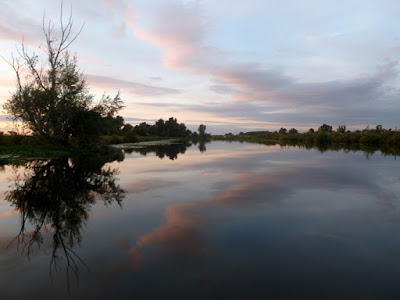 It was the same story as the day before, the wind was spoiling our plans - we couldn’t locate the bigger fish in the chop. But then, with two hours of daylight left the wind stopped and the water looked like a mirror.

Time was against us as we threw out handfuls of crust and waited for the bigger rudd to reveal themselves. We floated downstream and eventually saw the swirl we were after. We’d found some larger fish and we were sure our target was with them, but unfortunately we were running out of light.

We managed a few, a better stamp of fish but nothing over a pound - out of time the rudd had won. We chugged upstream in the dark making plans for a return visit. 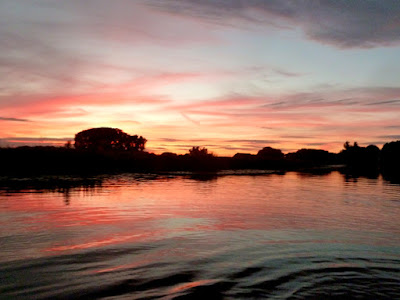 Although the fishing was a bust the boat is great fun, we’ll watch the weather and hope for a windless couple of days for a return visit. And I’d love to target a pike from that little boat - just imagine a double pulling it about..!
Posted by Brian at 11:59 2 comments: