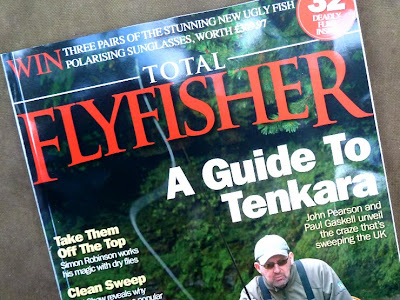 Follow the fly fishing adventures of Doc Brown and his pal Crab in a brand new comic strip Fluff Chuckers. Only in Total Flyfisher Magazine, available from shops that sell magazines, like Smiths and that one just round the corner. I'm also doing the illustrations for Parton's Parting Shot as well - which is pretty sweet. 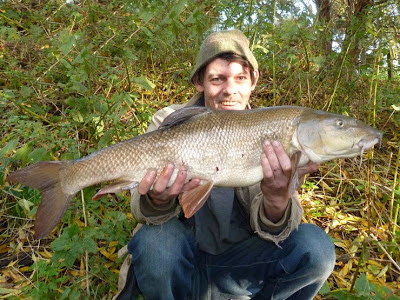 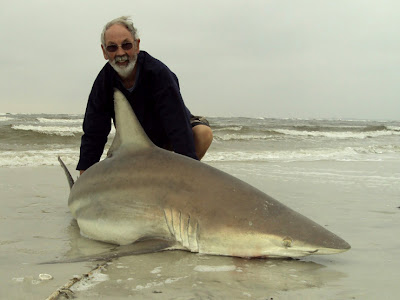 Well Roger and Paulos' shark fishing adventure went very well, you can see the photos here: Shark Blog. Loads of red drum, the odd monster stingray and best of all a six-foot-plus shark from the beach.

We've talked about this photo for probably over a year now, often standing on the frozen banks of the River Wye while pike fishing. It's the trophy shot he's been after - top fishing guys!
Posted by Brian at 13:00 10 comments: 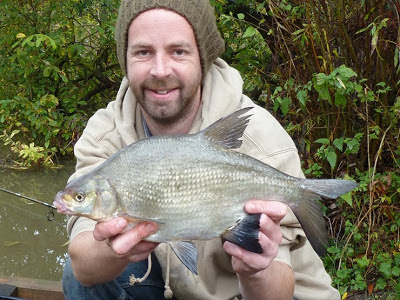 Another trip to Penton Hook, and a plan; one rod for bream and a pike rod each. Things started off well, I had a small bream about 2lb on the fourth cast laying down a carpet of bait... 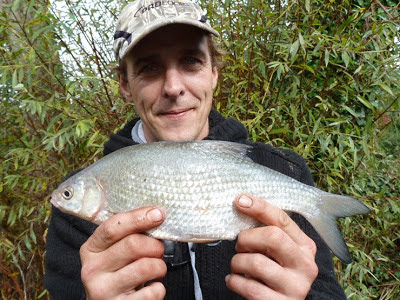 Darren soon had an eel about 1lb, a 8oz roach, this hybrid about 1lb 8oz and an aborted run on his pike rod... 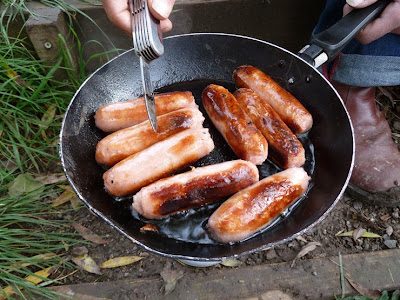 But then things slowed right down. Time for lunch, what will it be today? Well there is no point breaking from tradition (we also had bacon sandwiches). Cooking these attracted every dog on the island... 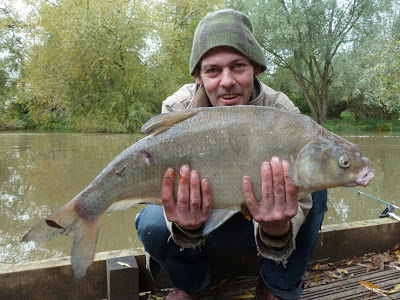 About an hour later I heard a shout from Dan, I ran for net duty and was met with the biggest bream I've ever seen. 6lb 4oz, his first ever bream and an absolute monster. Slab number one! 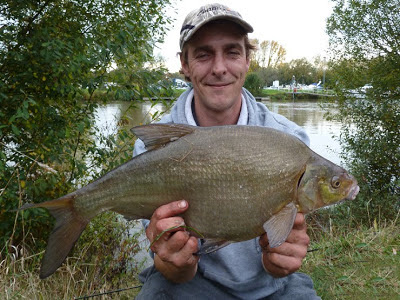 Darren (our resident bream expert) was next into the action with this cracking 5lb 5oz fish. Slab number two! 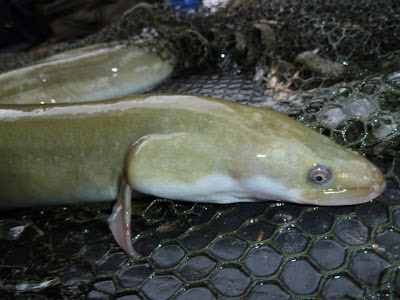 OK, I didn't manage a slab, but this fantastic 2lb 4oz eel made up for it, although he didn't want a photo with me - they are so tricky to hold for a photo... 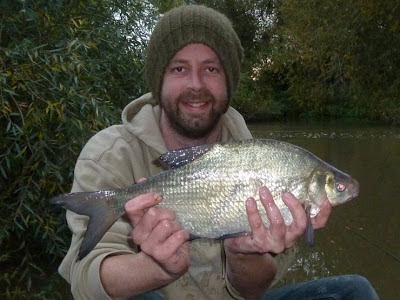 I did manage a second bream of 2lb 4oz (my fifth bream ever) and Darren wrapped things up with a bootlace eel. 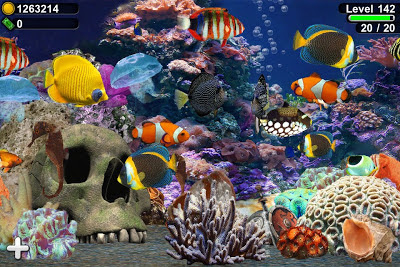 I've always fancied owning an aquarium, but I know my cat would eventually find a way to kill the fish... So a few months ago I downloaded the Fish Farm app for my iPhone. 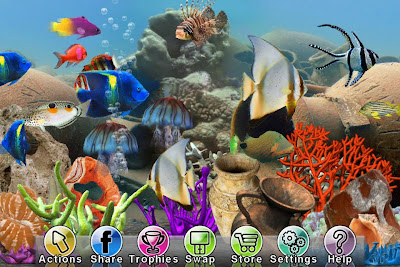 Seems to have kept me entertained on bus and train journeys to and from the river! And it's free, more information and download here.
Posted by Brian at 15:56 1 comment:

One of the websites I regularly read is Pike Angler, so it was great when I clicked on yesterday and found an article about Jack's Pike on the front page, good review too!
Posted by Brian at 04:15 2 comments: 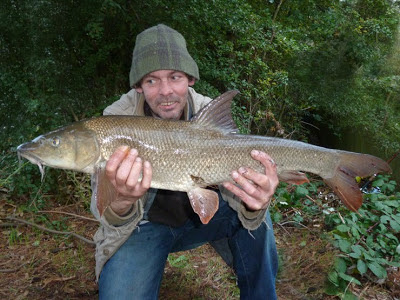 Within a second of his first cast Dan was hooked up, he didn't have time to put his rod down, the barbel must have grabbed the SB4 on the drop... Great fight and a 7lb 3oz barbel was in the net... That's the way to do it, none of this waiting hours for a bite!

When he put it back it kicked out, then turned over and floated, disaster! Dan waded out and grabbed it. After holding it in the water for a while it swam away strongly, but our time was now limited. It wasn't cold but with wet feet and jeans he wasn't going to last long... We stuck it out until sunset in the rain but no more bites... Time for a quick pint in a nice warm pub! 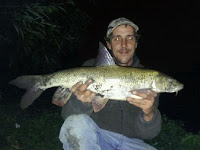 On Monday I was supposed to go barbel fishing with Darren, but I couldn't escape from work. Darren landed a 6lb 14oz barbel and lost a second fish, good news - they are still feeding.

So on Tuesday I went out for a couple of hours to see if I could find one. I didn't find a barbel but had a nice eel, easily over 2lb but unfortunately I managed to drop it back in trying to weigh it - stupid mistake!
Posted by Brian at 20:10 4 comments: 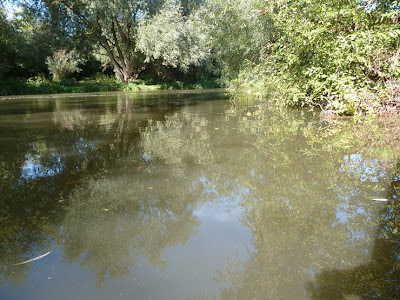 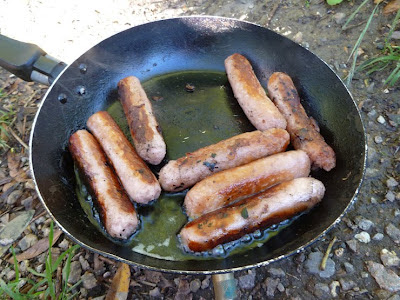 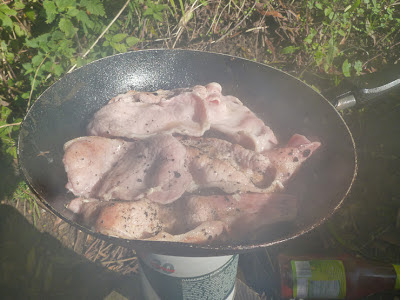 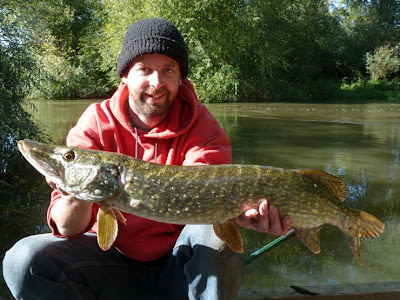 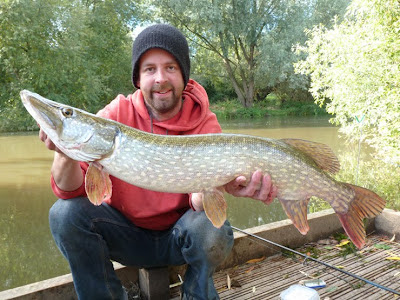 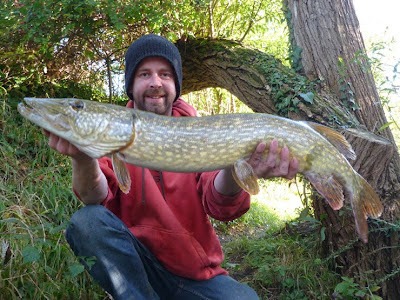 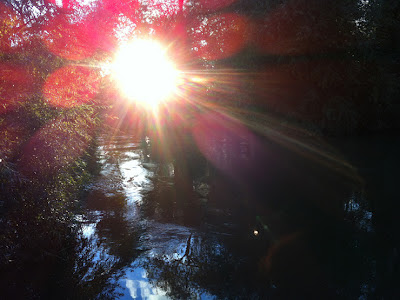 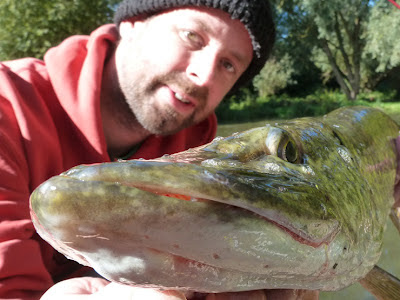 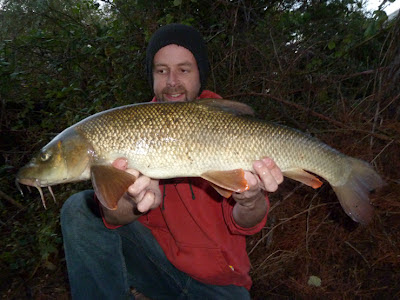 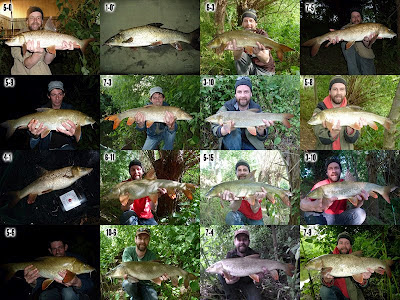 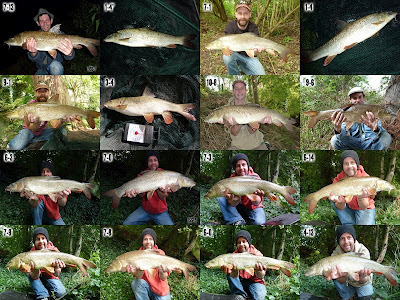 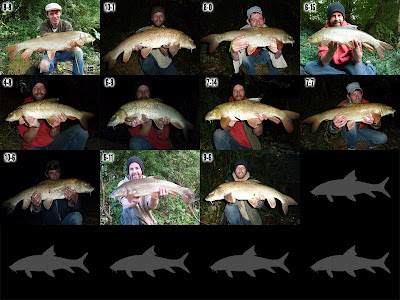 October has arrived and the Barbel Challenge is about to get a lot tougher, the last two seasons have produced very few winter barbel but we're so close to cracking it.

Another nineteen pounds and we're there, so a few early October sessions should be in order. And at our current average we'd only need 3 more fish to hit the target!

I've been reading about winter barbel fishing and it would be great to land at least one fish each month of the season, a mini challenge...