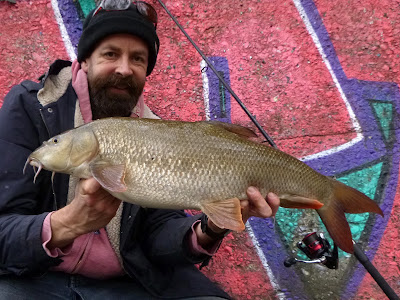 Another season is in the history books. Once again it was light on pike, and once again the local barbel provided the main distraction. A few away days, roach, bream, a magnificent trout and even a few pike - so here it is - the traditional season review, my thirteenth since I started the blog, written monthly as I went along...

October: I was continuing to catch barbel - including a double. And landed barbel number 1,200 of the twelve seasons I've fished the Small River - taking my season average to 100 barbel! The other highlight was a fantastic away-day stalking grayling in a little chalk stream - great stuff. But I need to catch a pike!

November: Started with a bit of prospecting - three trips searching for a pike in a new little river. Two runs, one lost pike but none landed - I will be back - the search for local(ish) pike continues. And a couple of quick barbel missions to get a bend in the rod rounded out the month. Oh, and I caught a fifty pound note!!

December: Not much fishing! A couple of trips chasing winter barbel resulted in 10 barbel and 3 chub. Almost out of time to land a 2021 pike - a trip to the Kentish Stour provided the run I needed. And a trip back to my home turf River Wye proved tough going, just one pike landed - but a Christmas cracker at 18lb 10oz.

January: A couple more Wye pike sessions saw Paulos bag a 19lb 4oz beauty and I added 2 more including a double. A wander down The Itchen saw grayling, trout and 15 stunning roach landed. Back to the Small River saw four more barbel added to the count in cold conditions. And a new river, Bourne gudgeon for good measure!

February: A stormy month; gale force winds and most of the rivers in flood - plans to target pike were hatched and then foiled a few times! And the chalk stream dace proved elusive - but the chub, roach and trout were obliging! A couple of barbel trips also provided a welcome bend in the rod. Onto the final two weeks of the season...

March: An afternoon on the Small River took my count up to 180 barbel (or 194 including the ones from The Wye). And a three day mission to some southern rivers added three jack pike, a stunning season's best 5lb 8oz chub and six more bream to the season. Looking back it was another cracker - roll on the next one...
Posted by Brian at 06:39 10 comments: 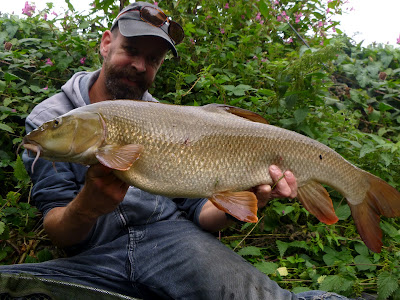 Pike Challenge next season! And full season report to follow.

Email ThisBlogThis!Share to TwitterShare to FacebookShare to Pinterest
Labels: Barbel, BC21, Small River 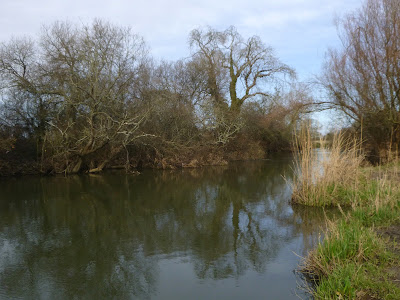 My season has been very light on pike - so I thought I'd join James on his three day southern river barbel quest - he was keen to add another barbel to his 40 rivers challenge - I'd be targeting pike... 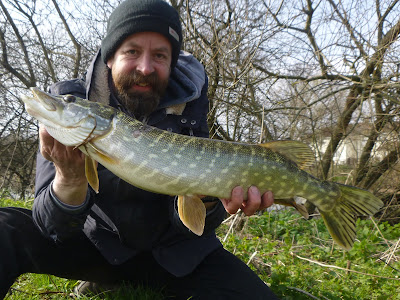 Day 1: An early start and we headed to The Stour. I'll leave James' trip to his blog. I wandered about with a deadbait and the lure gear - and soon hit a jack on a plug - not a monster but a great start... 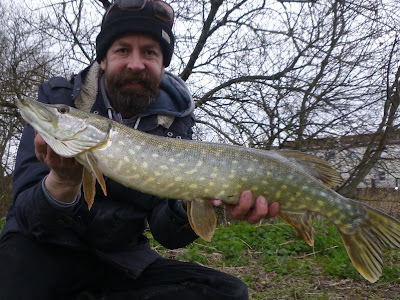 The afternoon was cold and windy - I added another jack - before a big pike swirled at the lure, upper double, perhaps even a twenty - but I couldn't tempt her on deadbaits or a lure... 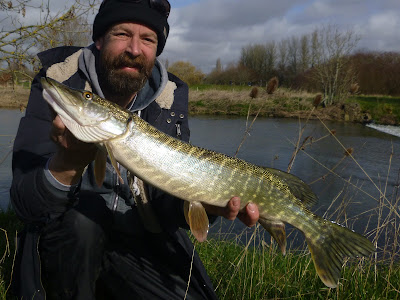 Day 2: After a very cold night on the riverbank, I went back to find the big pike. No luck - moved? Wasn't feeding? - I did land jack number three - but it was time to move on... 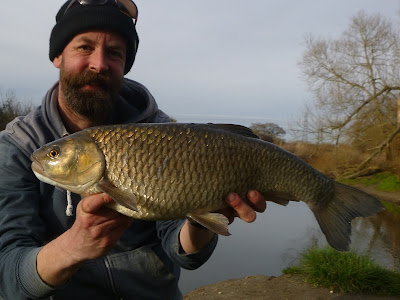 A faster paced section of The Stour - so I abandoned the pike and rolled meat. A few knocks in the fast water before I connected with a hard fighting 5lb 8oz chub - my best of the season... 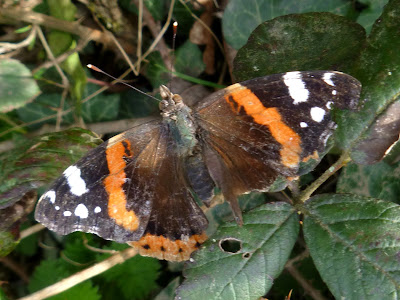 Day 3: Arriving at The Itchen before midnight I tried to find a roach (I don't fish at night but this was my best chance). No roach but 6 bream to about 5lb before sunrise - and some early season butterflies... 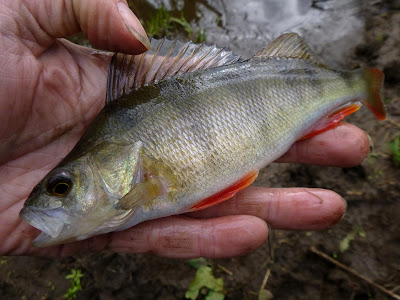 It got brighter and the fish disappeared - final river - The Bourne on the way home. No pike but a few small roach and perch in the sunshine was a nice end to the trip (and season). Cheers James. 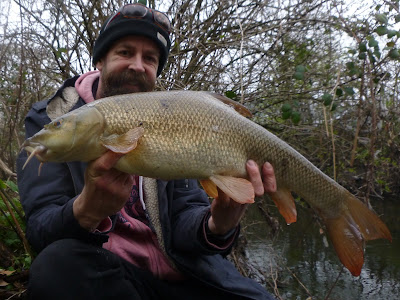 These are crazy times - I think I'll just leave it there - this is a fishing blog. Let's just hope peace is restored as quickly as possible. 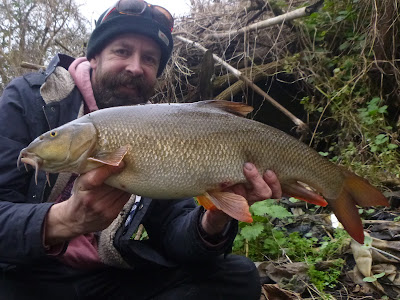 I left the news and escaped to the sanity of the riverbank - four barbel and 3 chub found the net - only 9 days left of the season! 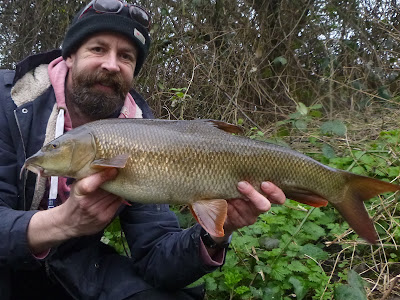