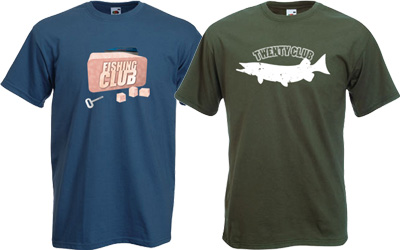 With a bit of downtime at work and no fishing I've decided to resurrect my old t-shirt shop, something I've been meaning to do for a while now. Fishing, Jack's Pike and general nerdy t-shirts, click the link below to visit the shop. Right, really should go and chuck a fly about for a bit... Well it's been over a month without fishing... And I'm pretty bored! But good news; the new version of Stick Cricket is here, SPL. Based on the previous version you now have 5 seasons in which to win the coveted SPL cup - captain a team, with new characters, new game play and new challenges.

I've loved working on this, and I'm determined to crack it before the course season starts again (rumor has it a top player could crack it in 5-10 hours - I'll probably take the full two months). 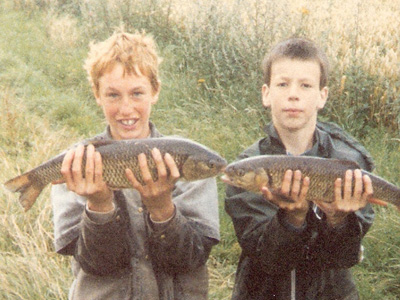 It was the summer holidays and my mate Steve and I were glued to the riverbank, the Roach-Bay on the Wye in fact. We'd had our fill of bleak, salmon par and gudgeon and now we had our sights set on chub (we'd both caught pike, but they were winter fish).

And it wasn't just any chub, inspired by the fact we had a set of scales, we were after a three pounder. We'd had quite a few fish, if memory serves I think we were averaging about two each per day - obsessed with stats even back then!

This day we'd had one each very early on, both over two pounds. Then we sat through the hot day. As evening started to approach I had the first bite in hours, a fight that between us became a thing of legend... And a 3¼lb chub!

I was the king of fishing... For about 5 minutes until after another fight that took far longer to talk about than experience, Steve had a 3½ pounder.

My Dad walked down to see us, and he'd brought a camera. They had been in and out of the keepnet a couple of times while we looked at them, but now they were immortalized on film and released.

The next day we went back to the Roach-Bay and tried to catch another...

Previously
Posted by Brian at 09:58 3 comments: