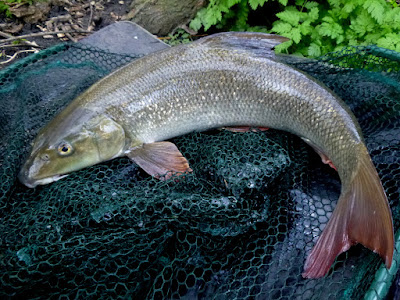 There is something about the last few trips of the season. I've pretty much ignored the local barbel population this time - until now (well until the end of January anyhow). I need my fix...

Just one more to make it a nice even 70... Well it took some walking but on literally my last cast - genuine last cast, not fisherman's one - 4½lb - seventy. Brilliant!
Posted by Brian at 20:50