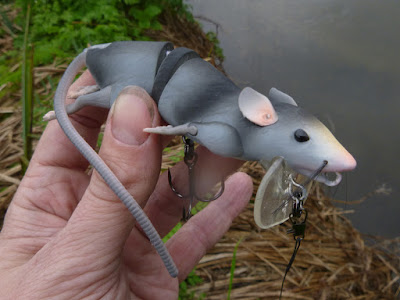 I had forgotten my polaroids. Crap. I was on a gin-clear chalk stream that averages about one pike per quarter of a mile, I was fishing blind, I had made a difficult task almost impossible.

As I couldn't see pike or snags this was a job for my mouse (SG 3D Rat) - the action of this is fantastic - and I got five follows, considering how sparsely populated this stream is that is remarkable.

No takes, but as I later found out they were spawning and had other things on their minds than eating mice - can't wait to try this out again in the autumn! 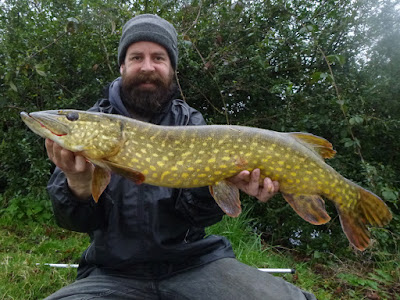 A pike swirled at the mouse and hung around in the side so I quickly swapped lure to a SG bleak and she nailed it straight away - really did not want to meet me and put up a fight of a pike twice the size.

I could see she was gold in colour but it wasn't until I peeled back the net I saw she was a pug - a golden pug - what a beautiful pike. She weighed 8lb 0oz but that didn't really matter, what a fish! 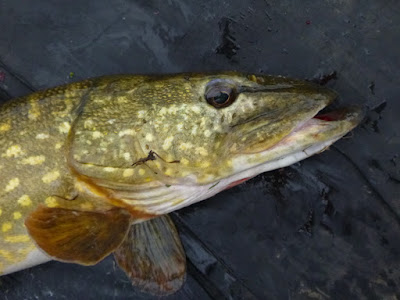