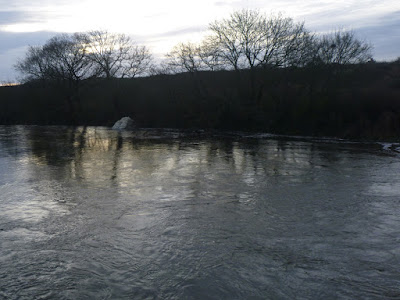 Last trip of the season to The Stour in search of a monster chub and we arrived at sunrise to a flooded dirty river, this wasn't going to be easy. I opted to stick it out in one swim, a deep hole with a crease on the outside edge. Float fished maggots and a ton of bait. 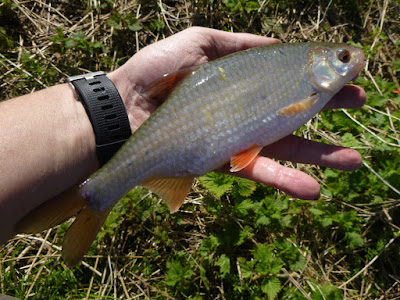 I was soon catching minnows with the odd dace mixed in, after an hour or so this gave way to mostly dace with the odd roach in the mix - and I was absolutely sure a chub would eventually crash the party.

It's been a very long time since I've stuck it out in one swim all day, and I bagged up on the roach and dace - no big fish but it was one of those rare occasions when I wished I'd used a keepnet to see my total.

And the chub? They didn't arrive, I think the rising water and bright conditions might have put them off. 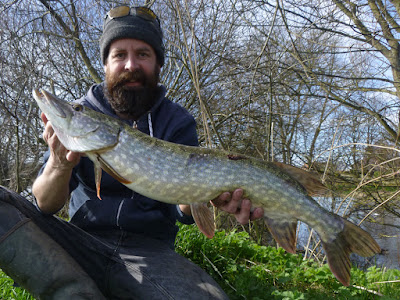 I put out a sleeper rod in the edge with a ledgered dace livebait, I even used a bite alarm so it wouldn't distract me. And throughout the day I landed five pike and lost 2 others - all jacks but pike are pike and I love them!

An hour or so after sunset I went and found James, time for a curry, a few pints and to discuss tactics for tomorrow...
Posted by Brian at 23:01