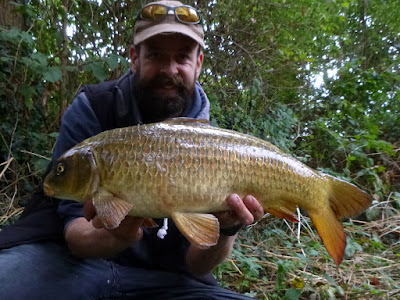 Edit: it has been pointed out that this is a ghost carp not a koi carp - thanks Grant. The quest for a koi continues....
Posted by Brian at 07:26