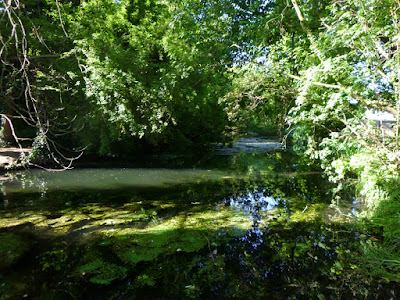 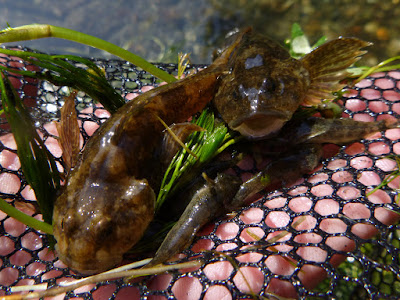 First up was a wade about and a dip with the net in a spot that screamed ‘bullhead’ - they were there, in numbers and much bigger than I have previously seen - this is the spot to get one on bait! 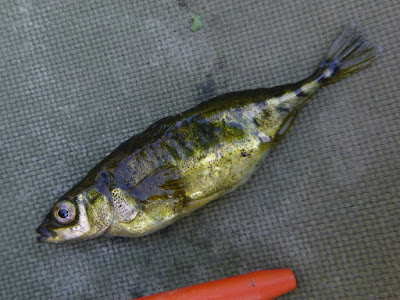 And as a bonus I also found some sticklebacks, this one and her pals were also caught in the net, and added to the hunt but hopefully I’ll get one on rod and line while after the bullheads. 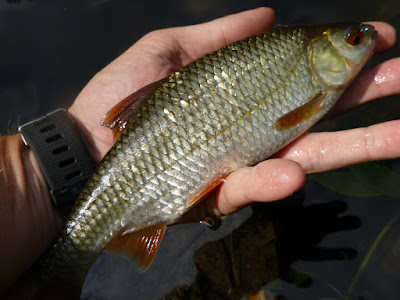 On the float it was a real mixed bag; brown trout, roach, chub, dace, minnows, gudgeon and perch. I can no longer call them ‘rare perch’ as I added eleven more today, from three shoals of fish... 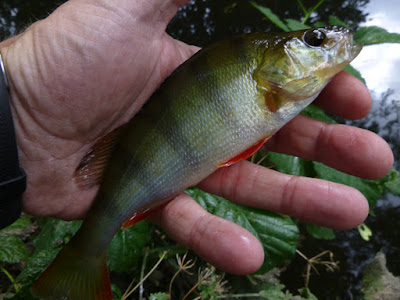 I’ve banked 22 perch from the river already this season - compared to 3 perch in the previous eight seasons. I personally welcome the invasion, there is plenty for them to eat - and they’ll only grow!
Posted by Brian at 11:23