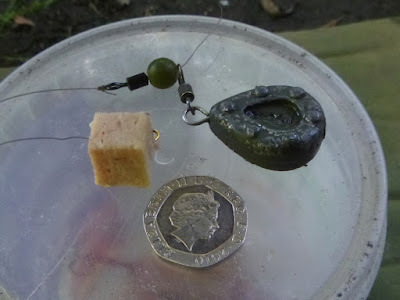 I’m always on the move when I’m fishing, but if I wanted an eel for my Species Hunt I was going to have to bait and wait. Size 12 barbless hook with luncheon meat and rig scaled down to match. I cast out, sat back and so began the waiting game... 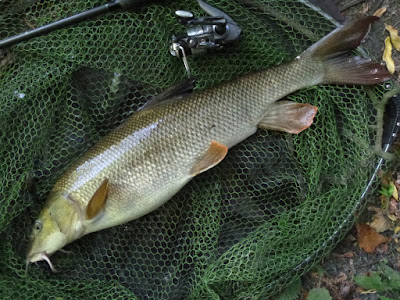 A few little knocks and taps, but it was well over an hour before the rod nearly ripped off the rod rests - definitely not an eel. A barbel charged around my swim before finding the net, not my target but you’ve got to love a barbel, popped it on the scales, 6lb 5oz. 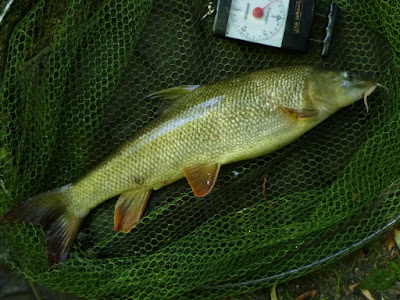 I presumed the fight had spooked all the other fish, hopefully just leaving eels to mop up the remaining free samples - so I was surprised when the tip sprang to life within a minute, a 5lb 4oz barbel! Any more? Nope, the tip remained still for another hour or so... 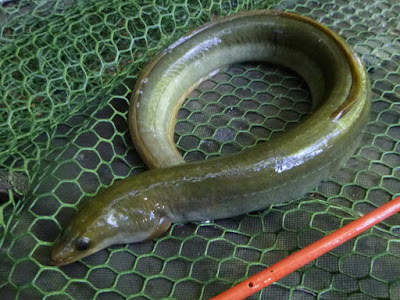 Then the tap-tap-tap of an eel, strike and target spotted as it wriggled about on the surface. Only a bootlace but I used the net just in case - and as it went over the hook pulled. All the fun of catching an eel with none of the hassle of unhooking it - job done! 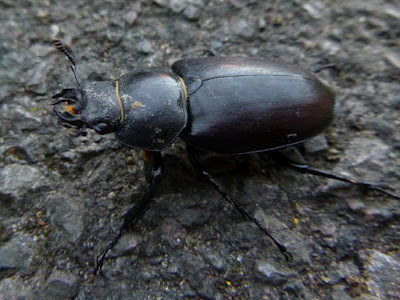 I was tempted to stay on and try and catch another before I ran out of light, but I’d been in one spot too long. I decided to pack the gear up and have a wander - possibly find the next target. And on route bumped into this little beauty - and helped her cross the road!
Posted by Brian at 09:36