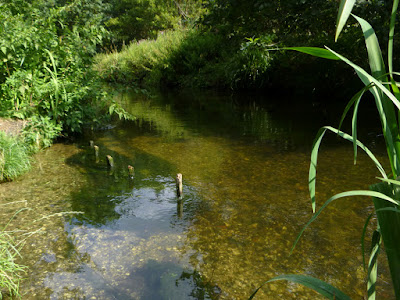 For the sake of the species hunt I’m going to count common and mirror carp as two species - I have to, there’s not many more species in there. Perhaps there’s also a leather, but I haven’t seen one.

The problem with bait ‘n’ wait is the commons greatly outnumber the mirror carp, it would be a numbers game - besides, stalking individual fish on floating bread crust is much more fun! 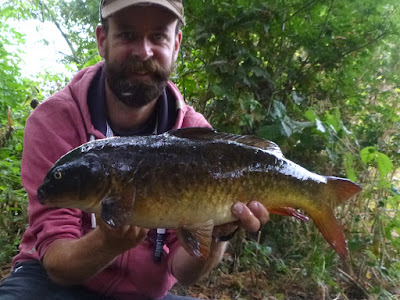 First up I spotted a koi (another species I need) and freelined a bit of bread crust down to him, I didn’t however spot the little common with him that nailed the bait - still a carp on the bank is a great start!

I located the koi and it took about an hour to convince him to take a bait - cracking fight but as he went over the net the hook pulled - despite a desperate lunge my prize slipped back into the shadows. 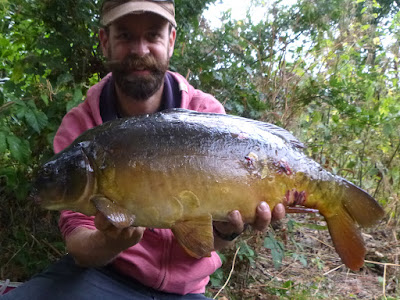 Half an hour later I spotted my target, she hit the bread with a splash and tried to rip the rod out of my hand. Again the hook pulled at the net - but this time she was a second too late. Species 16!

A beautiful but slightly spawning damaged mirror carp - brilliant! The sun was too high for carp now, but I did manage a chub off the top before heading for home - I’ll be back for that koi... 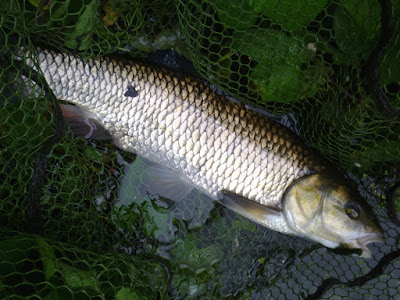