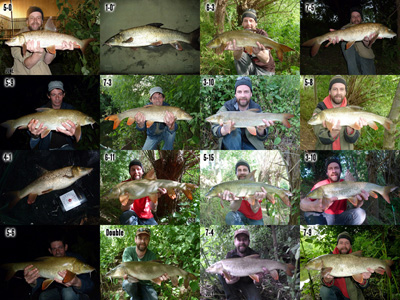 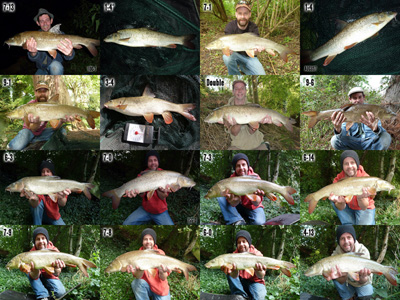 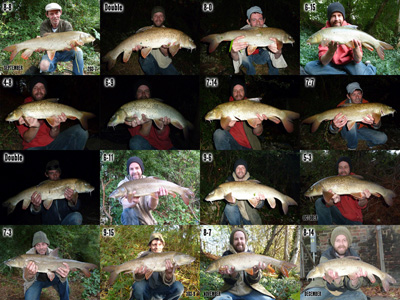 The Challenge: 300lb of small river barbel over the 2012/2013 river season (between Dan and myself). A tough job but with an awful lot of hours spent on the riverbank we cracked it.

We only counted barbel over a pound and landed 56 fish for a grand total of 386lb 5oz. We managed 45 barbel over our target weight of 5lb, for an average of 6lb 14oz. And between us we landed seven doubles (including recaptures) - brilliant stuff!

But I am glad I didn't work out the number of rod-hours per barbel..!

I also came up with a mini-challenge to catch a 5lb+ barbel every calendar month of the season, it was a lot of cold hours on the bank over winter, but on the 4th March I did it.

Only one barbel each month between October & January, and one in March - but I'm pretty chuffed - a great thing to have on my fishing CV!

And next season? Well I really fancy having a crack at a 10lb+ pike every calendar month of the season, or if I'm not around all season perhaps a 10lb+ pike from 10 different rivers...