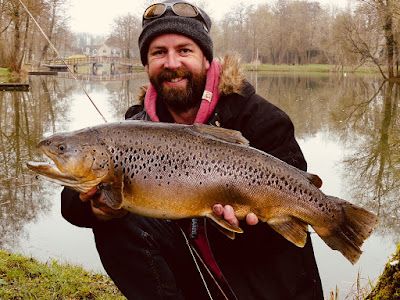 Three years ago today...
A double figure brown trout on the fly, followed by a 7lb rainbow from the legendary Lechlade - doesn't feel like 3 years...
Posted by Brian at 06:44 2 comments: 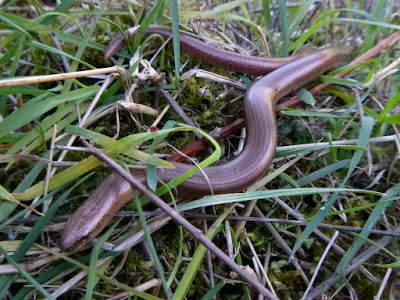 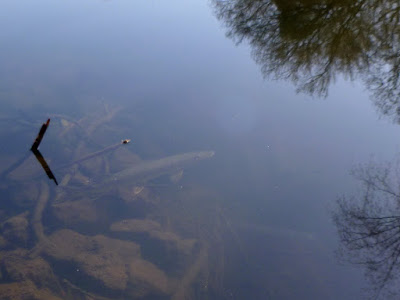 One of seven pike seen lurking in Cold Spring Pond... 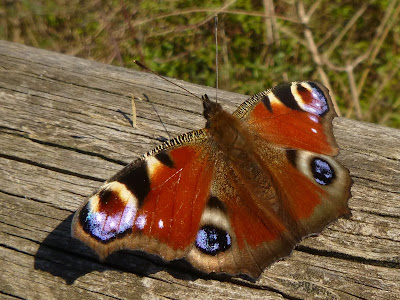 And the butterflies are starting to emerge... 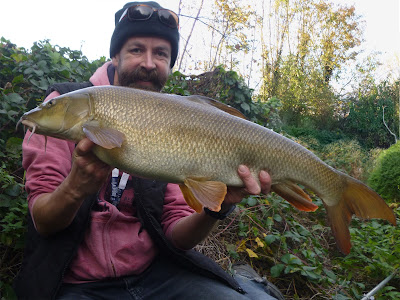 Covid-19 and the extended Barbel Challenge. A plague, barbel, Brexit, barbel, lockdowns and barbel - a weird season to say the least! The virus and restrictions meant staying close to home - light on pike fishing - but I still got out locally when I could. So here it is - my twelfth season review - written monthly as I went along...

October: Pike-time! Opening day saw 9 mini pike and 56 perch on lures - a great start. But the next trip produced only one pike and one perch - the next two trips were blanks - very odd! I continued my Barbel Challenge (upping my target to 200) - and added another 32 barbel, including two doubles - season total now 146 barbel.

November: Lockdown 2.0 - we were allowed to go fishing, but I was avoiding public transport - pike fishing was out. Fortunately the barbel and chub are within walking distance - and I put a lot of miles in! Eight trips to the river saw 34 more barbel added to the Barbel Challenge, including double number 4 - season total: 180!

December: Lockdown 2.0 was rebranded as Tier 4 - same thing different name. I needed 20 more barbel to hit 1,000 from the local river - more miles walking back and forth - but I cracked it - and had a celebratory bottle of Blue Moon - brilliant! Biggest barbel was 9lb 7oz, and best chub was 5lb 0oz - but still no pike fishing.

January: New year - new Lockdown! Local fishing only, I'm running out of time to bag a double figure pike!! Not much fishing, just 3 trips to the Small River - the plan was to bag an elusive perch but conditions were against me. A barbel back-up plan produced 12 fish - including a fantastic new PB barbel at 14lb 2oz - get in!!

February: A cold and snowy start to the month - temperatures barely rising above freezing - then spring seemed to spring! Only 4 trips to the river - so lucky to have that barbel pull within walking distance. Eleven barbel landed - season total now 229! A dace mission was plagued by OOS trout - but there's still time to bag a big dace...

March: The final 2 weeks, and the final 4 trips to the local river. It was all about barbel - barbel have dominated my Covid-19 season and I really wanted to land 250 of them. Twenty one needed - 21 landed! The highlight of the month was barbel #250 - an 11lb 7oz beauty, my 6th double of the season - brilliant! Right, roll on the next one...
Posted by Brian at 05:56 2 comments: 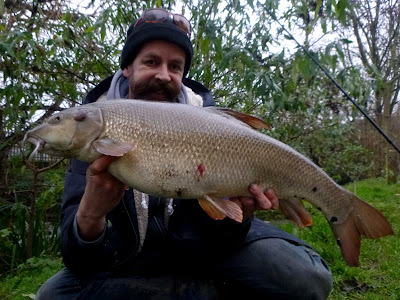 The initial target was 100 barbel over the summer season - cracked! But with Covid-19 restrictions and lockdowns limiting the pike season I decided to see if I could also add another 100 over the tougher winter season. Season total: 250 barbel, including 6 doubles to 14lb 2oz!

Starting the season on 800 small river barbel, the new target pushed me over 1,000 barbel from the river - something I couldn't have even dreamed of 11 years ago when I first cast a line in it! Making the most of the restrictive season - and a new PB was the icing on the cake!!

The Tail Of Five Barbel 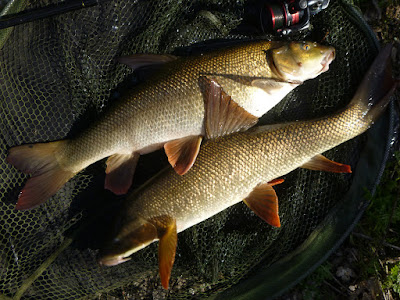 My familiar walk to the river, but this time as dawn was breaking - an early start as this was the last trip of the season - and I wanted five more Small River Barbel today. The early start wasn't needed as I didn't get my first bite until 3.10pm - and two barbel in two casts! 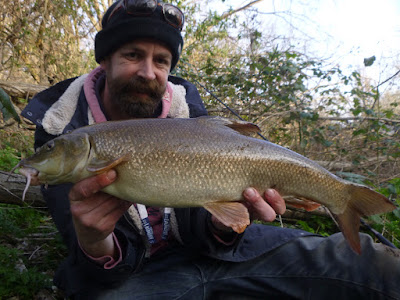 I had nearly lost faith - trudging about in the sunshine searching for fish in the clear water - fish that seemed to have vanished. Perhaps they had come on the feed now. And I soon landed another before loosing one to a hook-pull. That lost fish turned out to be important! 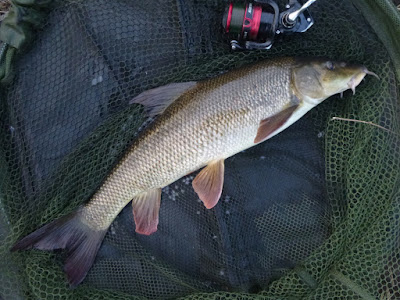 Then things slowed right down - I was running out of time. I remembered I had some old luncheon meat to use up - and the little splasher above took a fancy to it. I just needed one more. Just one more. Nearly out of daylight and in the last swim I had a bite... 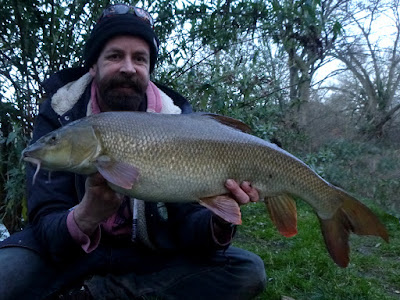 What a way to finish! Barbel number 250 of the season, an 11lb 7oz beauty! I genuinely haven't swapped the order (you can tell from the light). And just to think; if I hadn't lost that fish earlier I'd have called it with the splasher - what a way to finish the season!!
Posted by Brian at 05:47 12 comments: 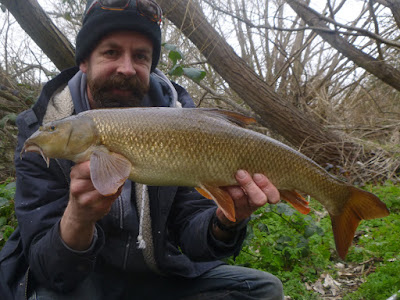 Quick - catch as many fish as you can - because next week we won't be allowed! The start of the final week of the season and five barbel, a chub and an obligatory trout landed - that'll do nicely! 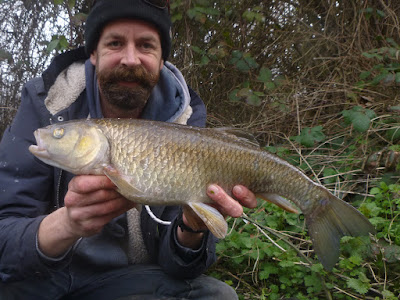 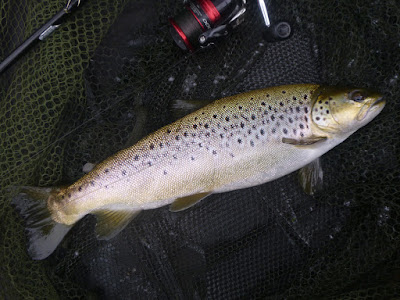 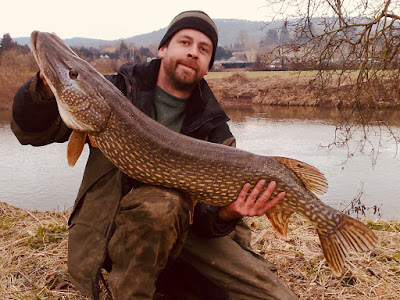 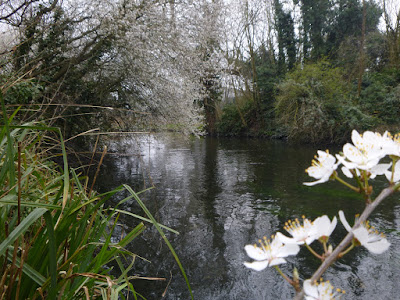 An early morning start, time to track down a Spring dace and I could spot them in the clear water - but the trout repeatedly beat them to the trotted breadflake. A few times I struck into silver... 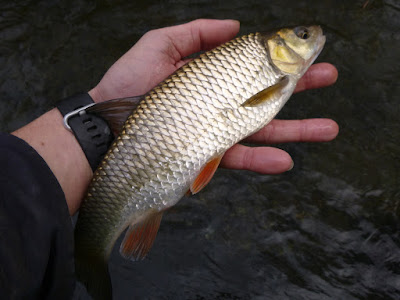 And careful fights before my hopes were dashed when small chub broke the surface. No dace landed! The weather started to turn nasty - I should have headed for home - but I had the barbel gear... 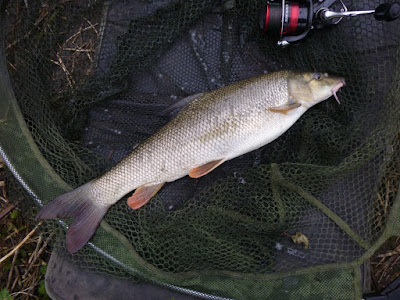 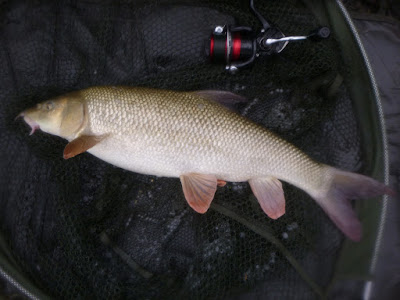 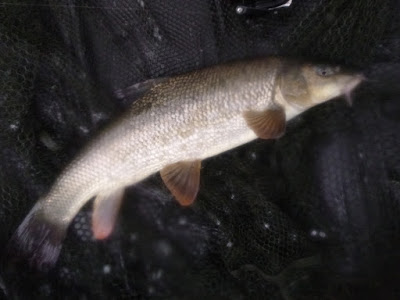 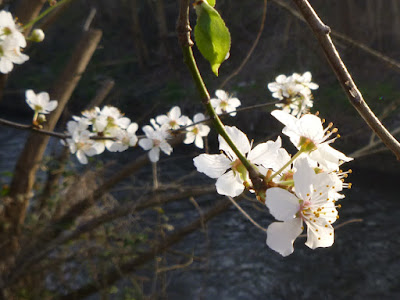 The last two weeks of the season - and a misty start gave way to a sunny afternoon - time to stock up on that barbel pull before three months without! And eight barbel found the net - brilliant!!

It's left me with a bit of a dilemma; I was going to spend the last few sessions tracking down a fat Spring dace - but 237 barbel is really close to 250 barbel - and it has been kind of a barbely season... 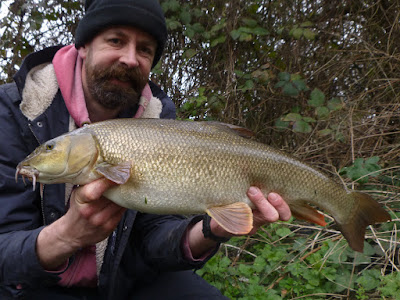 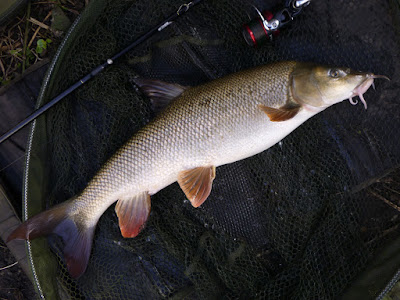 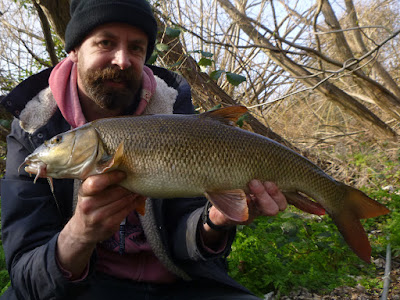 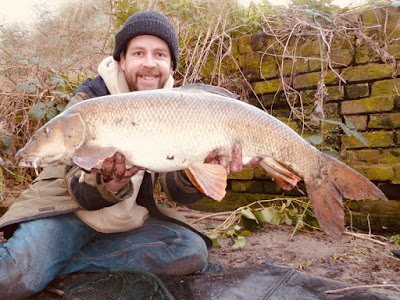 Eight years ago today...
A quick mission to the river resulted in this stunning 12lb 4oz PB barbel - and I very nearly didn't go fishing that afternoon!
Posted by Brian at 06:24 2 comments: 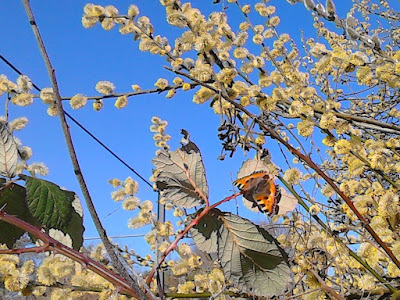 The first butterfly I've spotted this year - a Small Tortoiseshell in South Norwood Park this morning. I didn't have a camera - fortunately TC had her camera phone - not great photos but better than nothing.

Better start carrying my camera again - the species I really want to photograph this year are an Orange Tip, a Painted Lady and a Hairstreak (not fussed what colour) - and anything else I spot! 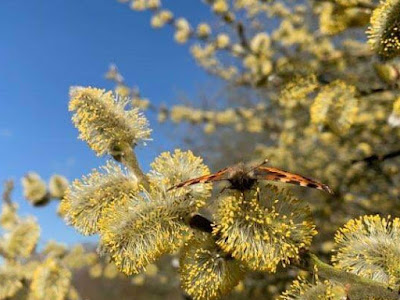 Email ThisBlogThis!Share to TwitterShare to FacebookShare to Pinterest
Labels: Butterfly 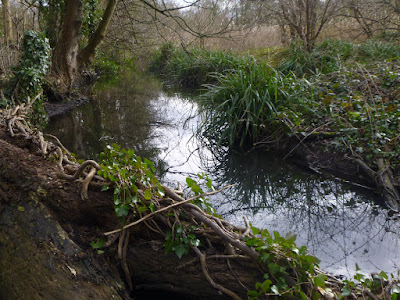 I fancied a crack at something other than a barbel - so armed with the stick 'n' pin I went in search of a big fat Spring dace. Long story short; after a little roach first cast I was plagued by small trout - in some cases catching them, putting them back and then catching them again! I'm sure there are dace here - and I've still got time... 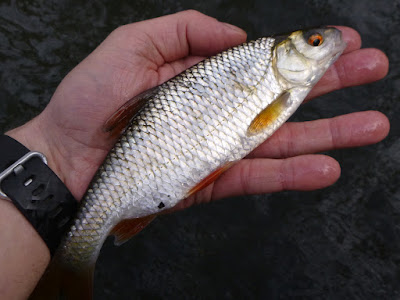 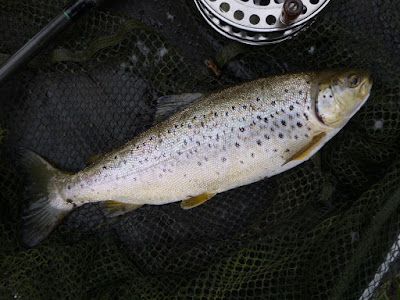