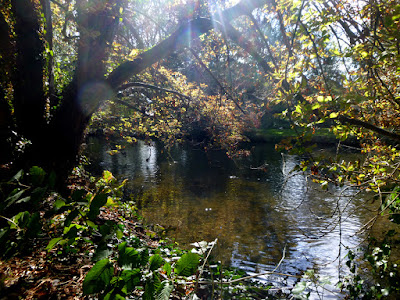 A summer of carp, sharks and a proper heatwave. I say this every year but the summer season seems to have flown past. The mornings are getting later and the evenings earlier, and autumn is about to bite. But before I swap my cap for a woolly hat, and cons for wellies I thought I’d have a look back at some cracking summer fishing.

Autumn/Winter: As always at this time of year my thoughts turn to pike, I’ve been out on a few reccies and seen a few fish - the plan is to travel light and chuck some lures about to gauge what’s really lurking about. As well as quantity, I’m really hoping to stumble across another twenty pound plus pike this season - it’s been a while!
Posted by Brian at 08:55