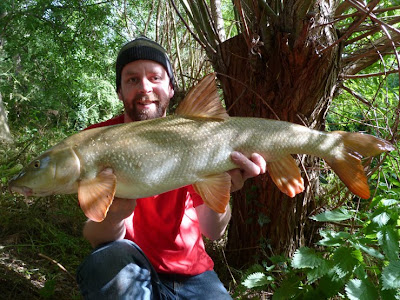 Anyones who's been pike fishing with me knows I like to experiment with rigs, lures and especially bait, and barbel fishing is no different. In fact it's better, who knows what these things will eat? Today saw the beta test of Stink Bait number 4, it will soon have a different name because it works.

OK, the bait is luncheon meat, but it's what we've added to it that makes it shine (stink). I offered a cube of it to my cat, she didn't try it or lick it, she didn't even paw it, she bolted - I might have well introduced her a rottweiler! 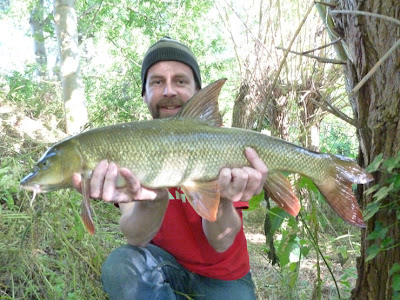 We got to the river and it looked less than ideal, it was very low and clear. First cast sat for about 10 minutes before a stick caught on the line and washed it out of position, I wound it in slowly to avoid disturbing the swim, and after 3 or 4 foot a barbel dashed out and grabbed the meat.

I've never seen one do that before, but 6lb 11oz, a great way to start an experiment! A very light coloured fish that tried it's best to convince us it was a double before it hit the net. Next up a 5lb 15oz barbel fell for it (I shook the scales, it really looked like it wanted to be a six!). 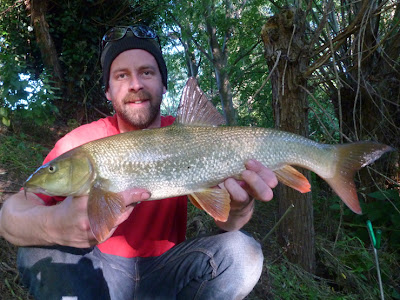 It took about an hour before fish number three decided to give it a try, 3lb 10oz, this stuff works!

Dan was unimpressed, he wasn't going to be convinced by Stink Bait #4 until it worked for him. We had to wait until well into dark before a 5lb 6oz nailed it. As Dan says - Happy days! 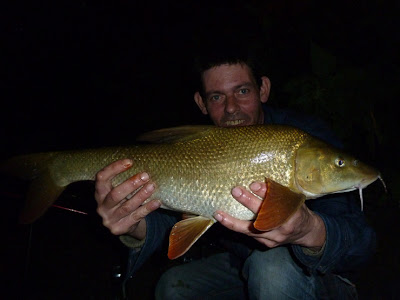 A total of 21lb 10oz added to the challenge. 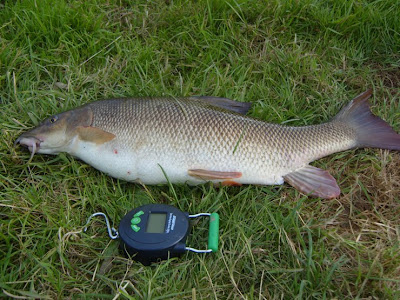 Meanwhile, Roger's landed his second double of the season on the Wye, 10lb 2½oz! And a 7lb 7½oz just for good measure - what's the plan? Ten doubles?! Top, top fishing.