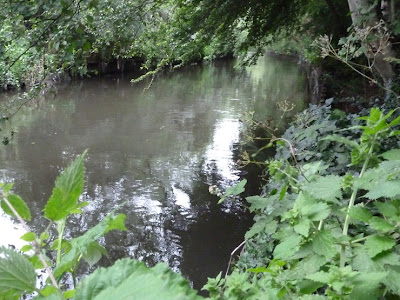 Fished the last day of the opening week, but water conditions were against us - the water rose about 8 inches, then fell back, then started to rise again - and was a murky gray colour. Not ideal. Dan lost a chub about 2-3lb then we were plagued by eels with the best one going about a pound and a half... Perhaps we should have gone carp fishing?!

Opening Week
Well I managed to squeeze at least a few hours in every day of the opening week, I had to really, I've been chomping at the bit to get on the riverbank.

The Barbel Challenge is off and running - although we now realise how difficult it's going to be (seemed easy in the closed season). And I've had a blast at some smaller species, probably just to get a few more fish on the bank!

I'm hoping to get out at least one or twice a week over the coming months, mostly local but I fancy a trip or two to the Thames. And perhaps somewhere to track down a zander.
Posted by Brian at 23:49