Back To The Pike Ponds 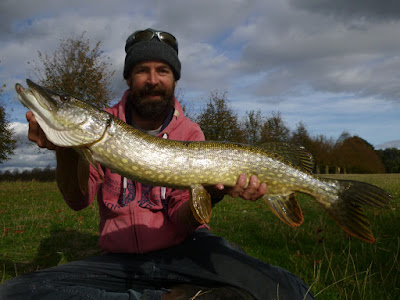 Waiting on a river permit it was back to the ponds, a late start and the wind was a pain, I still fancied adding a few more pike to the opening week... And I lost 3 pike before landing the jack above. 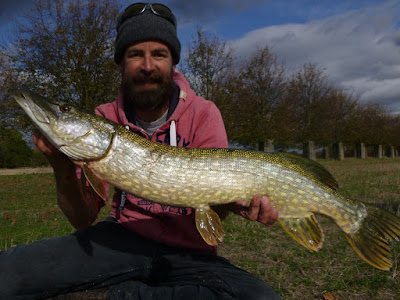 Next up was this nine pounder, I’ve checked the photos and it’s a recapture of the 9lb 10oz pike from a few days ago - I don’t want to see you again until February when you’re a double! 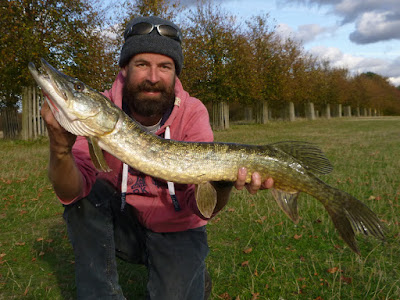 And after remarking what great condition the pike were in for the time of year - I had a really long skinny pike - still fought like a nutter, just needs to eat a few more bream. 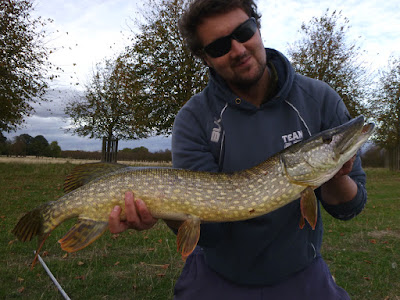 My mate Richard rounded off the short trip with the jack above - on a wobbled deadbait. Good work, but surely you’re holding that fish backwards! They all face left on here!!
Posted by Brian at 06:18