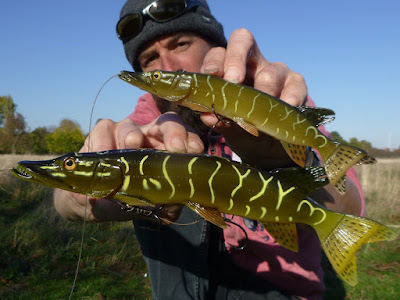 I’m very impressed with the thru line pike - so I've bought his big brother... The first was 8" long and weighs 2⅓oz - that was a big lure - until I met his brother, 12" long and weighs 7oz!

It’s designed for trawling but I wondered if could I cast it? I tested casting in a field - didn’t want to crack off a £10 lure to go fishing on its own! I think with a shock leader the answer is yes. 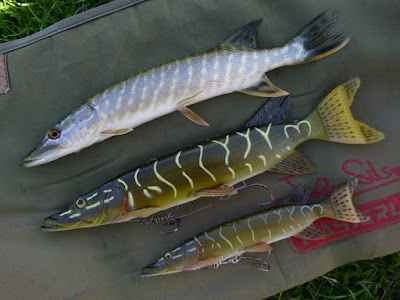 It’s exactly the same size and shape as the mini-jacks the cannibals are feeding on, bit dark in colour but they seem to lighten as they get fished/chomped - had to resist a chuck without a shock leader...

I’ve had five pike on junior now, looking forward to trying to get one on senior. SG do have an 18” version (4D range that don’t look as good in the water) but I’d probably need a beach caster and a run-up! 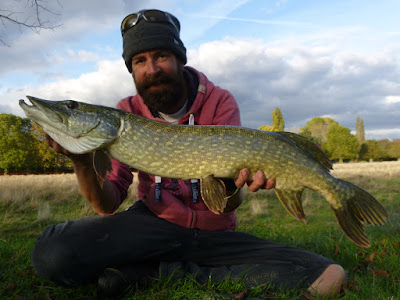