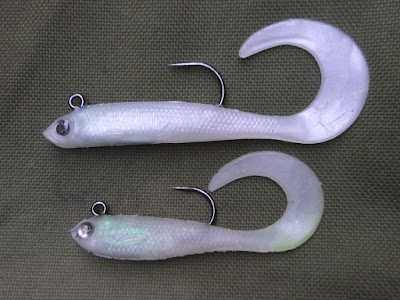 With the pike proving elusive - we weren’t even sure there were any in this pond - me and Richard had scaled are lures right down and were hitting a few perch. Love the action of these Storm curl tails. 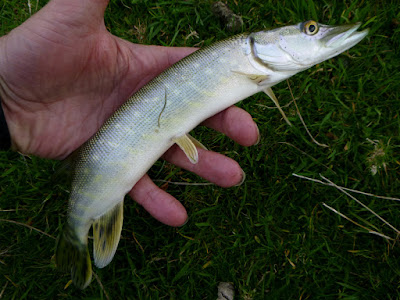 Then Richard landed a micro pike, and within half an hour we’d had two each and lost another two - we had stumbled onto a pike nursery! Were there bigger pike here eating them? 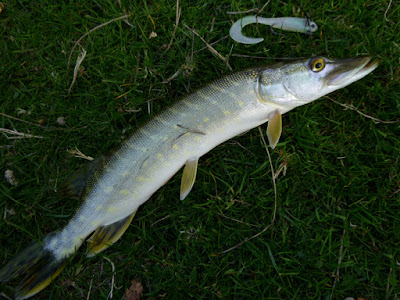 The answer came when a double appeared from nowhere and sucked up my tiny lure, thrashing about on the surface she quickly shed my hook - cr*p - about 12lb - first chance this season to bag a double! 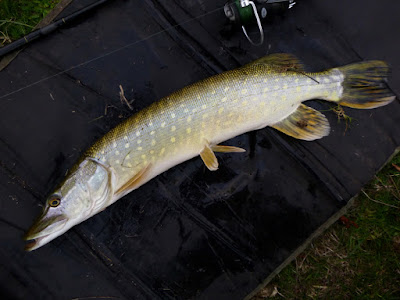 The micro pike had vanished but I did land this larger jack (easily big enough to eat the micro pike). It got me thinking; I’ve got a few pike-pattern lures at home - they’ll be going for a swim next time... 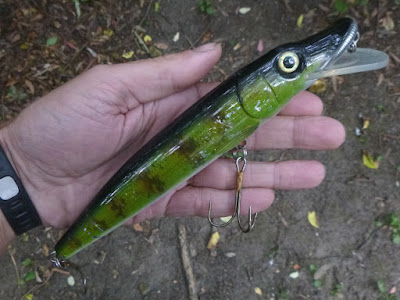