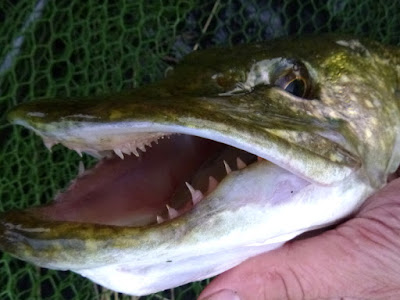 My fascination with pike began long before I ever caught one, as a five or six year old I’d regularly quiz my Dad about them; how many teeth have they got? how long do they live?

I remember him telling me they are cannibals - pike eat pike - for some reason I found this new fact even more fascinating - I had to meet this fish! BTW: 300+ teeth, lifespan of 8-12 years. 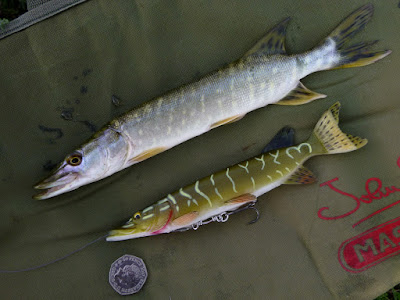 After stumbling on a pike nursery a week or so ago, the thought of catching a cannibal hasn’t been far from my mind. I’m not prepared to use a jack for bait - but I’m all about lure fishing at the moment.

I tried my giant pike pattern plug, it fishes great at a depth of 5-6 foot - but here it’s only 1-3 foot deep and I had to fish it too fast. I had a look around and settled on a Savage Gear 3D pike. 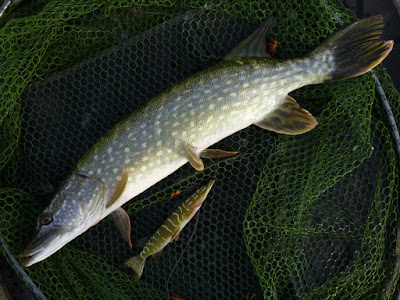 It’s worth shopping around, got it online for six quid - bargain! I was worried it was designed to catch anglers rather than fish - until I saw it in action - a thing of beauty in the water!

Right on the limit of my light lure rod I gave it a test. I fished it slow, watching the line for signs of a take - I needn’t have worried - 4 takes and the pike hit it like a train, all taking line off the drag on the hit! 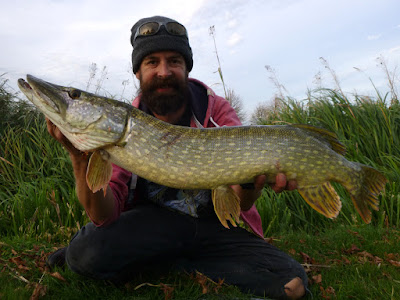 I have never had takes like it, but I need to scale up the gear - unable to set the hook on two takes! But I did get a couple of cannibals on the scorecard - love it - tell the 5 year old me!!

So going to scale the gear up; much heavier rod, multiplier, 20-30lb line. And I’m looking at pike pattern lures all over You Tube, I’d like to roll this out across all the (less snaggy) pike waters I fish...
Posted by Brian at 06:38