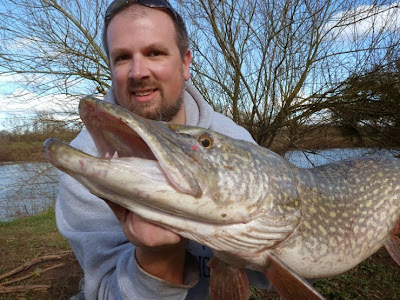 Back on The Wye today, and Paulos and myself were on the water for first light. Conditions weren't perfect, but they were the best they've been for months - water was a lot lower, visibility had improved and we were fishing over a large shoal of active bleak - expectations were high! 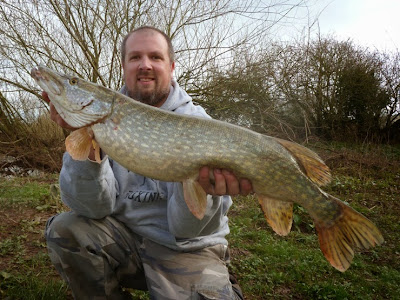 But it took nearly four hours before the first run, and a 10lb 14oz pike to Paulos, cracking start. Had they finally switched on? Another four hours later Paulos had another run...

But this was one of those runs we're all after, I could see he was connected to a lump... Paulos gradually gained the upper hand and I climbed down the steep bank for net duty. 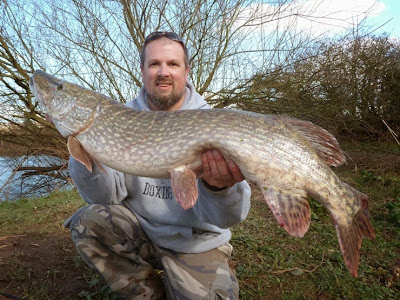 A fantastic 23lb 12oz pike, he was really showing me how it was done! Nice one Paulos.

We thought they might go on the feed now, but the rest of the afternoon produced a few dropped runs, a near miss on a plug and a hook-pull each (mine looked about 15lb, gutting). Only a little jack saved me from a blank, the day belonged to Paulos.

It was brilliant to see a twenty, it's been a while, Paulos' second biggest ever, well done that man... Right, I want one! 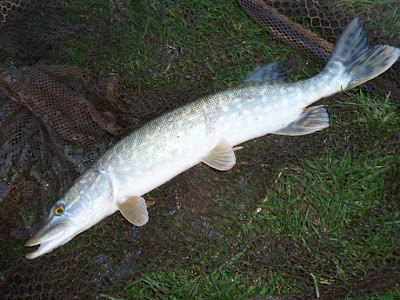