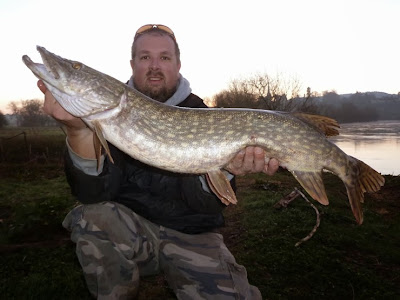 Last day on the Red River and we arrived before sunrise, Paulos landing this 11lb 11oz pike as the sun was coming up... Brace yourself, he finished a cracking weekend in style... 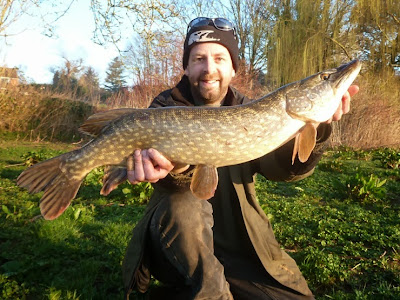 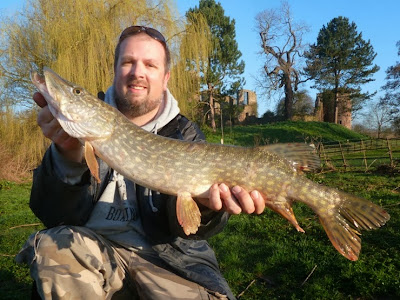 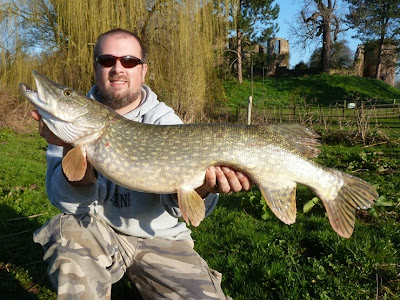 Another double, 10lb 12oz... I had lost three pike to hook pulls at this point - exactly the same kit, am I doing something wrong or is it an unlucky streak? 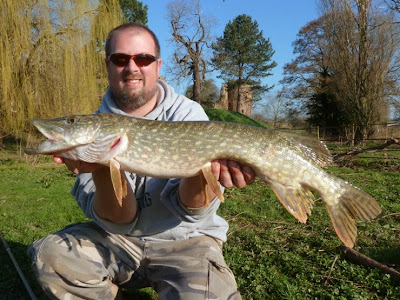 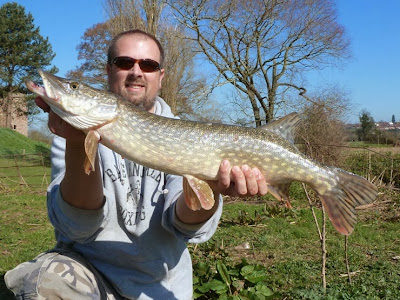 And a new 6lber, which managed to shake the hook free during the fight, but he spent too long savouring his freedom and was scooped up in the net...

Then we headed off in search of a perch for a couple of hours... 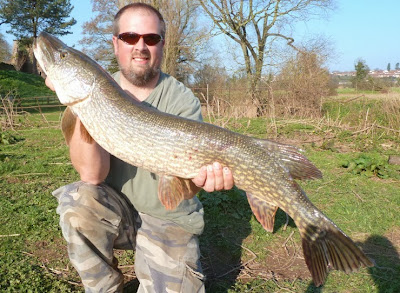 No luck with the perch, so we returned to pike... Didn't take long for Paulos to hit this 14lb 5oz - his sixth over 10lb this weekend. 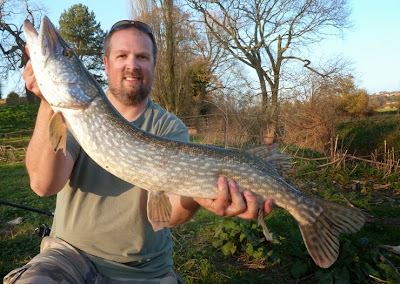 A couple of lost fish before this 7lber... 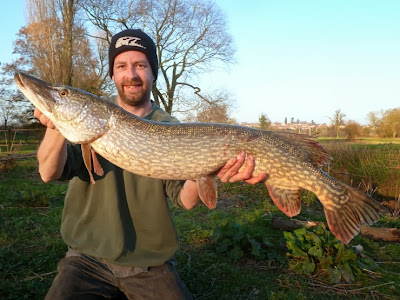 We really didn't think we'd get much time pike fishing this week, so to fit in two full days and an afternoon was a great result.

I think it's fair to say Paulos had the lion's share of the luck... So I'm delighted to report that as we were packing up this evening he fell in! Brilliant!
Posted by Brian at 21:19