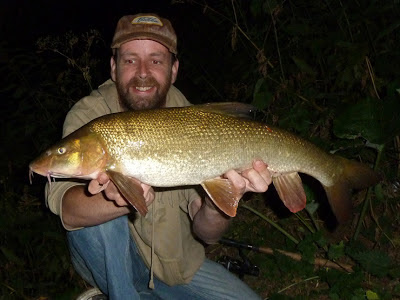 And as it turns out my first barbel of this season is the same fish as my last barbel from last season. It was 6lb 6oz today, slightly less than 6lb 14oz in March - A relatively small weight fluctuation of a (fully grown?) male compared to a female...
Posted by Brian at 23:25