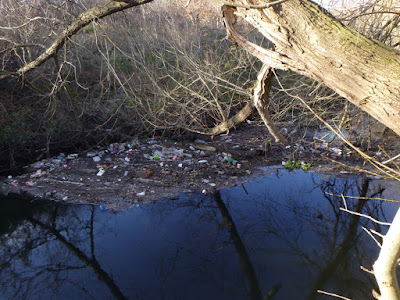 There is a barrage of crap across the local river, the EA and Local Trusts had been informed - and I believe even gone and had a look - but it's tucked away - out of sight, out of mind! 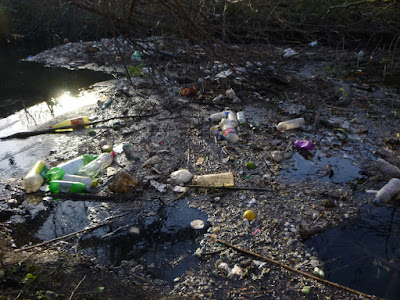 It has been like this since the summer and it’s only getting worse. So even though it's not a stretch James and I fish often it was time to do something about it - we had no idea what we'd let ourselves in for... 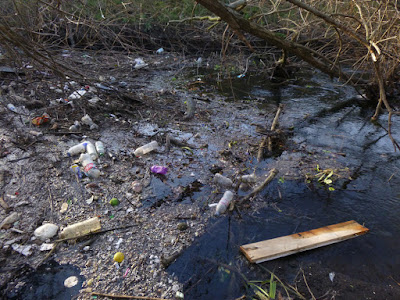 James drew the short straw and went in, I was happy enough to be helper. He passed whatever he could up - recycling & rubbish were bagged and logs were dragged out of reach of the floods. 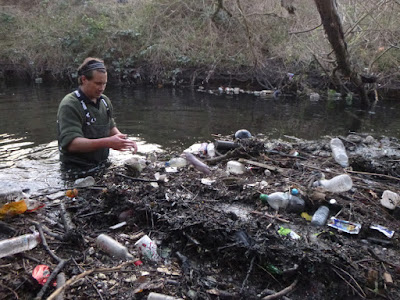 The smell was horrific, we joked about finding a corpse - until James did! Someone's black & white pet rat, where else would you dispose of you beloved pet? Yeah - just chuck it in the river! 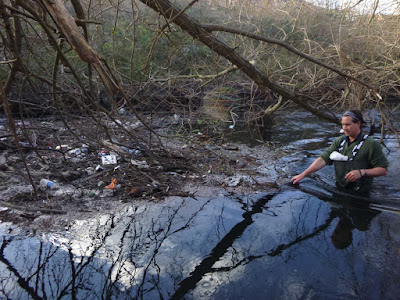 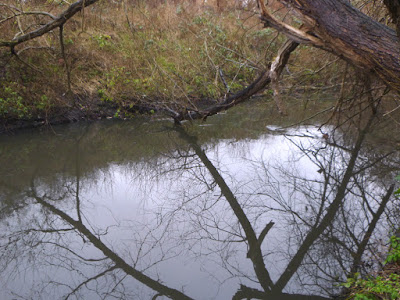 I didn't get many photos of the clear up, it was bloody hard work, and if I’d dropped the camera in we’d never find it! Plus we hadn't allowed enough time and worked into dark... 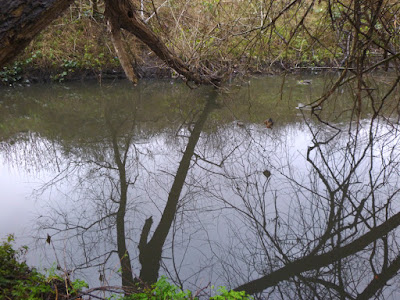 I returned this morning to finish bagging the crap and to get some 'after' shots. A real sense of achievement and well worth the effort - I'm still secretly glad I haven’t got any waders though. 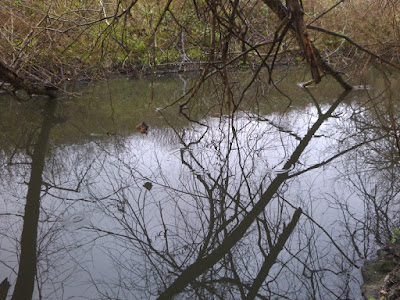 There are plenty of branches still touching the water to collect a new raft (good for the fish, especially chub) but hopefully not enough to clog up the whole river again. We'll keep an eye on it. 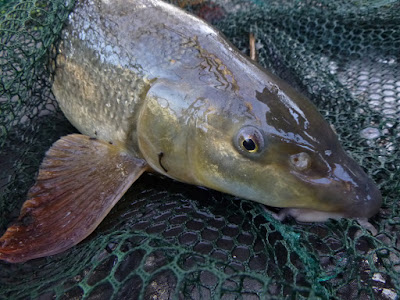 I did arrive a bit early and landed a couple of little barbel before hand - I thought I might fish after - but it was straight home for a shower, disinfectant and to burn my clothes!
Posted by Brian at 12:01