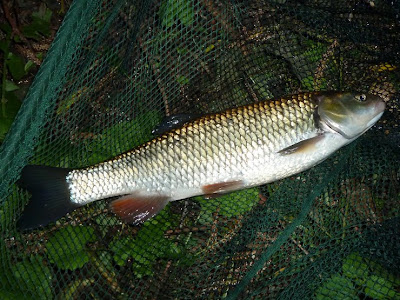 As the alarm on my phone sang out one minute past midnight I cast out a cube of luncheon meat, it felt like an age since last time I went fishing and I was really looking forward to this.

Everything was in place for an epic start to the season, but as I found out; nobody had told the barbel, the more I fished and the more I spoke to other fishermen the more we realised the barbel weren't switched on this morning. The 'banker' swims weren't producing and some really good anglers were struggling. Such is fishing!

My plan was to spend half an hour in each swim or until I caught a fish and then move on, covering as much water as possible. The first two chosen spots were occupied, the third seemed devoid of fish. A bite in the next spot resulted in a two pound chub lost at the net, and the next cast resulted in the first fish of the season, a 1lb chub, above.

Several more swims were explored without a bite before I dropped into a spot I've always fancied but haven't given much time. As the half hour time limit ticked past I had a bite, the bite I've been dreaming of for three months. The rod ripped round and I connected to a barbel. A great fight at range (for this little river) and my first barbel, 5lb 0oz, I was off the mark. 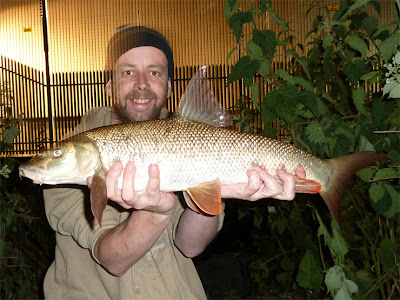 Both me and the fish appear to be ghosts!

With new found confidence I carried on exploring, and after walking miles backwards and forwards I added a 1lb chub, a 1lb barbel and a chub about 8oz to the scorecard. It was tough going and not what I was expecting... Three months was long enough to forget just how tough this little river is!

I had planned on staying until 8am, but couldn't drag myself away, leaving at 11.30 for some much needed sleep. Not the night I'd planned, but I did better than Dan, who was a no-show. Time for a bit of a re-think? 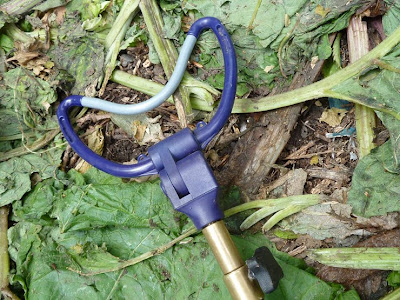