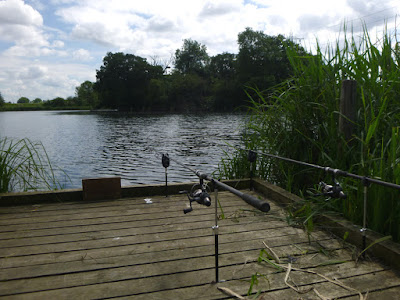 I’m not one for bait ‘n’ wait so it was quite a surprise when I found myself sat behind two rods for a 24 hour carp session, hoping to add another carp (or two) to my doubles count.

On the reservoir with James and Richard, and after a 7am draw we had three swims in a row - which was pretty lucky. We cast out some baits, began cremating food and talking rigs... 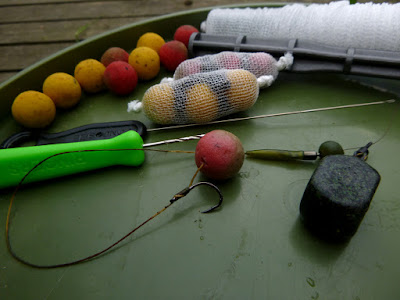 Both James and myself tend to stalk fish, but Richard has an extensive knowledge of the latest carp rigs and bait. It was an alien world of boilies, glugs, pva bait-socks, wafters and thing-a-ma-jigs!

The technique I was most interested in was the zig rig, I’ve never tried it. Richard tied me one up - basically fishing a 6 foot pop-up in 8 foot of water. And after a slow day a single beep signalled a fish... 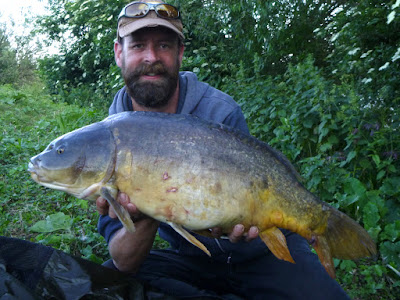 A carp had hit the zig fished against the island and provided a hell of a fight on my 10lb line. Eventually steered into the waiting net - a beautiful, ancient mirror and a new PB of 20lb 8oz - fantastic!

It had taken 12 hours for one bite but my session was made. Elsewhere it was slow going, James had manage a couple of small fish off the top - but as day turned to night they weren’t playing. 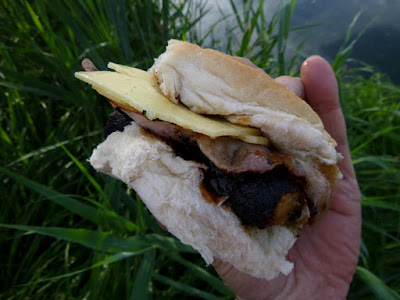 It was a quite night all round the lake, Richard landed a new PB stillwater bream just as the sun rose - but that was the last of the action - the carp were just sunbathing, not interested in feeding.

On another day we might have had more, but a new PB is always brilliant - so big thanks to Richard and James. Back to stalking but I think there will be a couple more bait ‘n’ waits this summer...
Posted by Brian at 10:23