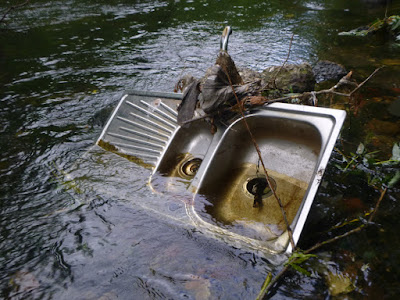 Noob. This my ninth season on this river, on my first some of the locals (when they realised I wasn’t going anywhere) told me that I’m a noobie until my tenth season - when I’ll progress to beginner! 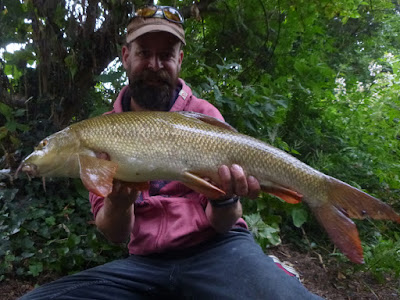 My last season as a noob - opening day and it was a lot more work than I thought it would be, but I eventually hit the 6lb 1oz barbel above - that barbel pull I’ve missed for three months! 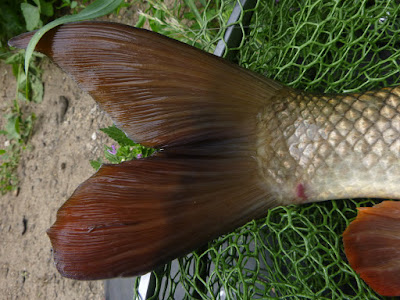 I followed it up with four more barbel at 6lb, 1½lb, 7lb 1oz and 3½lb - with four bonus chub thrown in for good measure. Great start to the season! And I didn't even mention the kitchen sink.
Posted by Brian at 18:40