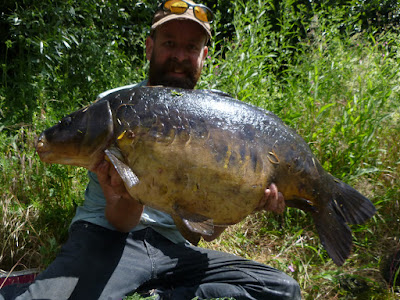 The only way I was going to catch a canal carp was by leaving the lures at home - even faced with a bunch of feeding double figure carp I am distracted by a jack, time and time again!

On Friday afternoon I set out searching the canal for carp. Lures ditched, kit was a size 2 micro barbed hook to 6 foot of invisible 12lb line to my 10lb mainline - even for me this was traveling light.

And I found about a dozen carp spread over about 5 miles. I convinced a couple to take my floating bread, and struck too quickly both times! Then, as the light was failing, I spotted something special... 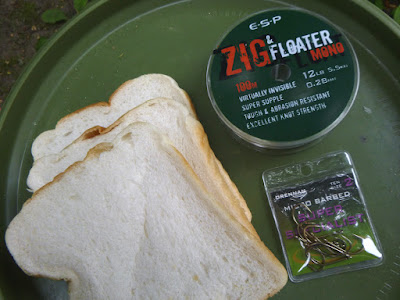 Saturday morning I was back - and I found her exactly where I left her. And followed her for about half a mile, flicking a piece of bread in front of her - she sniffed it about 6 times before making a mistake!

I can’t describe how hard she fought, tearing up the muddy bottom as I followed along behind, dragging the net along with my foot - then disaster, she went though a roll of wire and was completely snagged...

I was tempted to go in after her - but it was a 12 foot jump down into water that is polluted enough to put me in hospital - I had to trust the micro-barb and waited the longest 2 minutes for her to swim out. 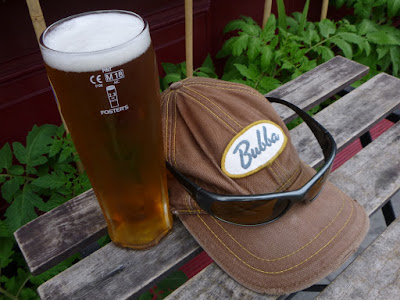 She still made a fight of it but found the net - my first canal carp and my first thirty! Until I put her on the scales, but at 28lb 12oz I couldn’t care less about those 20 ounces - what a beauty!

Massive thanks to a passing Kiran for the photo (after several photos of his thumb). So my PB didn’t last a week, I’ve christened my new net - and James; I’ve temporarily stolen your canal carp crown..!

I didn’t bother to fish on, my day couldn’t get any better - time for a celebratory pint. OK, the stunning topless lady who walked past me on route to the pub was pretty cool. But what a fish!
Posted by Brian at 11:34