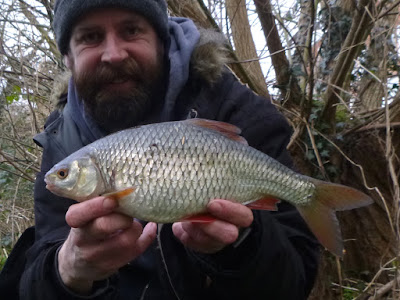 Time is running out of the river season and there are still a few targets I have left on my list, so this morning I was on the riverbank to watch the sun rise - stick and pin in hand. 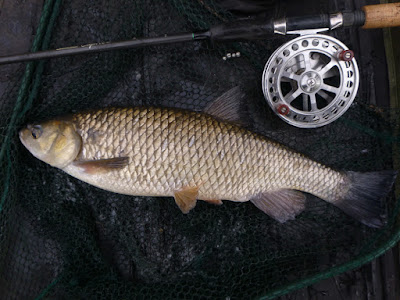 It took a while to get the fish feeding, eventually they did. Plenty of dace and chub, two roach the best going 1lb 9oz - best of the season. And a 2oz gudgeon - biggest one I've weighed this season. 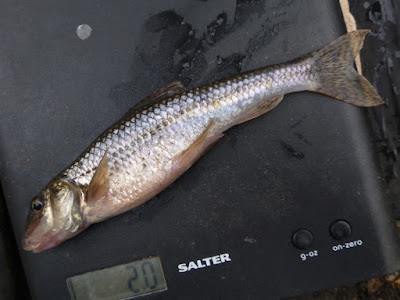 In fact I debated whether or not to stay, they were on the feed and lack of keepnet wasn't putting them off. But I also had the predator gear and fancied a pike on the way home... 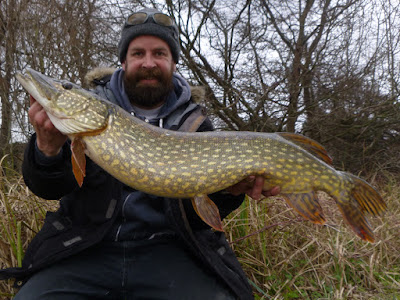