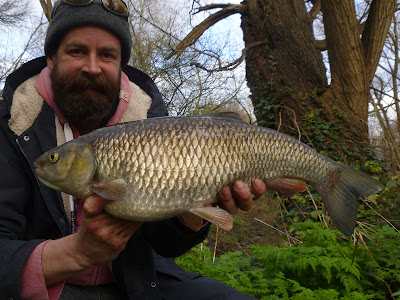 A window in the rain so I shot down the river, the water was dirty but I wondered if the shoal of big chub I spotted in January was still there. A couple of casts before something tried to rip the rod in - then tried to get in every snag in the swim - a monster chub was in the net! 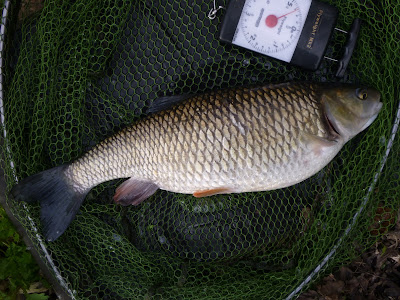 My 6lb 2oz chub from August - I said at the time I wonder what she’ll weigh in March - so back on the scales - 6lb 5oz - only 7oz away from my PB! I wasn’t disappointed it was a recapture - what a chub - and a different fish than James’ 6lb 3oz chub at the end of January. 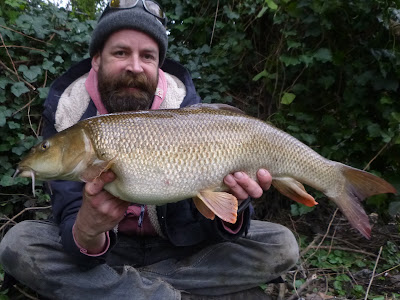 With a spring in my step I went for a wander, banking another two regular size chub before hitting the fast water after a barbel. The barbel are enjoying the extra water and five fish found the net - the best going 8lb 10oz. Less than two weeks left of the season...