Messing About On Rivers 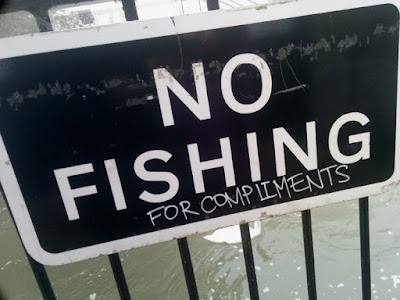 I had a plan to fish for roach on Wednesday morning, but the river was in flash flood - after a 5am start and two train journeys I didn't bother to get the kit out of the bag.

I had a plan to catch pike on Thursday afternoon, and although I could find the pike they seemed to have something other than feeding on their minds - watching them hit the bait and spit it out in one motion was frustrating stuff.

So today I planned to fish for roach with James in the morning and have a crack at wrapping up the Barbel Challenge in the afternoon - what could go wrong? 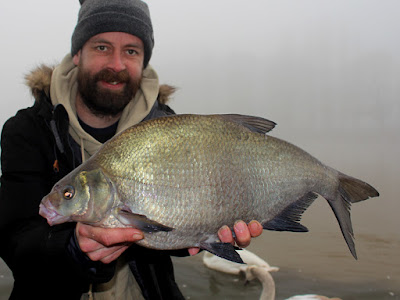 After a very early start we arrived at the river, I had a couple of chub straight away but then the stretch went dead - an hour later we knew it wasn't going to happen.

Still well before 8am, James suggested a move to another river in search of bream. It was like fishing in a bird sanctuary - nine out of ten trots were spoiled by avoiding birds. I didn't bother to fish, and was just happy to be net-man for James - who worked really hard not so much catching bream but not catching birds!

The birds did bugger off for 10 minutes when someone fed them, so I took the opportunity for a few trots and after loosing a bream I landed one. Finally one over my (very low) target weight - 5lb 3oz - a target to smash next season!! 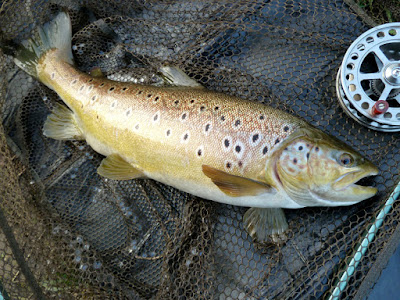 Fed up of fishing in an Alfred Hitchcock film we headed off. But instead of heading home for my barbel gear and 9lb of whiskers, we opted to spend the rest of the day on another little river.

The vague plan was to trot for rudd, but anything that came along was welcome. We caught a bunch chub and trout - no monsters, although a four pound trout at long range on 2.8lb line was a lot of fun. And fished into dark trying (and failing) to catch a gudgeon - a fantastic day messing about on rivers...
Posted by Brian at 20:26