Curse Of The New Net 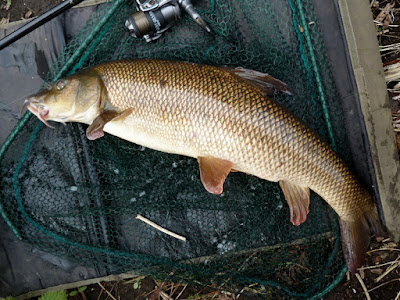 With only 30lb to catch before hitting 500lb of small river barbel I thought I'd make a day of it - five hundred or bust, it was happening today! Two problems; I'd broken my landing net and had to wait until the tackle shop opened at 9am - AND all new landing nets are unlucky!!

I was on the river at ten, cursed net in hand - and met James after lunch. By 3pm, despite being photographer twice for James I still hadn't had a bite! James disappeared off to another river in search of dace, I had to christen the net. 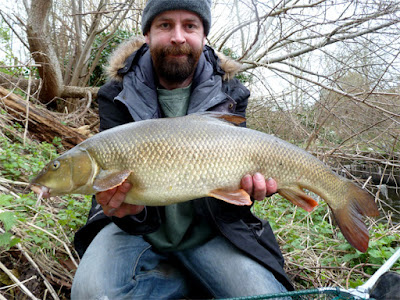 Eventually I had a pick-up, first barbel in the net 7lb 8oz, the curse was gone! And to prove it the next cast was nailed by a 7lb 10oz barbel, followed a few casts later with a 6lb 1oz fish. Only 8lb 12oz from my target...

An hour or so later, like it was in the script, I saw one about 9lb grab the rolled meat - but what wasn't in the script was me bumping it off the hook after less than a second - crap! I tried to find another but eventually ran out of daylight... 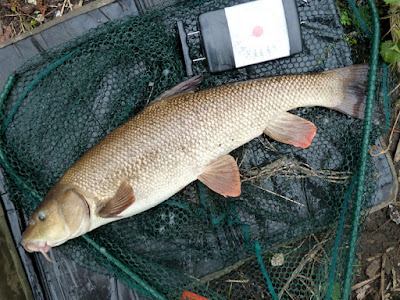