Escape To The Farm V 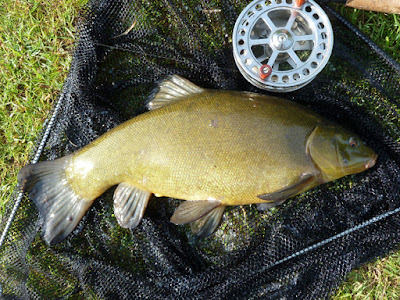 I needed a new net so I thought why not head down to The Farm - they've got a tackle shop there. And I could take some kit and have a blast at the crucians...

I had five hours so decided to split my time between the match pond and the specimen pond. Starting in the match pond (to get some fish on the scorecard) I was soon into the tench, fishing bits of prawn over tiny halibut pellets I had 14 tench to 4lb... Then for the second time today I managed to drag myself away from feeding fish and on to the specimen lake. 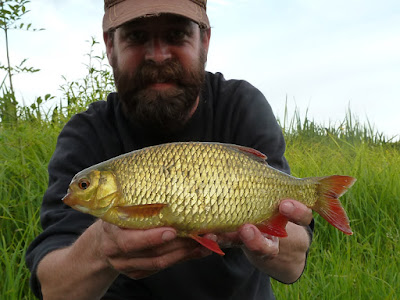 It took a while to build a swim but I eventually hit a tench, 4lb 8oz, followed by one about 3lb and one about 2¾lb. Then I hit a fish I was convinced was a crucian - it wasn't but a new PB rudd was in the net - delighted! At 1lb 1oz it smashed my previous PB - it wasn't going to win any beauty awards, seems to be missing the top part of it's head - but I loved it. 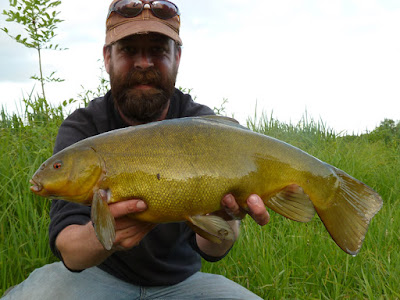 Running out of time I hit another tench, really looked like a new PB in the water - seemed to get smaller as it got closer to the net, but at 5lb 1oz it's one of the biggest I've ever caught. And on the last cast I cracked it - a hard fighting 6lb 4oz new PB was in the net (below). No crucians but two PBs, a cracking afternoon! 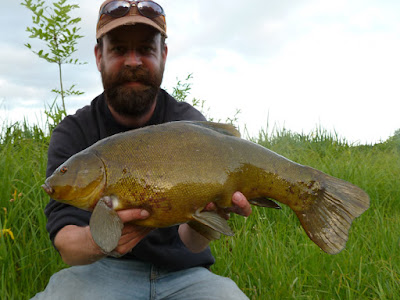