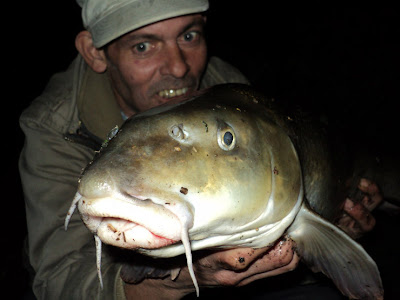 A tall order as we're new to the river and last season we managed 35 fish for about 40lb. But we did it, a massive amount of time on the riverbank (69 barbel sessions in total) and some helpful pointers from the locals, we managed what we thought would be an impossible target by the end of August...

Then, just to make things interesting, I wondered if we could double our original target. Things went well at first but as we hit winter the fishing slowed right down. One fish in October, none in November or December - but towards the end of February the river came back to life and we beat our new target on the 10th of March, just in time. A final total of 208lb 3oz - unbelievable! 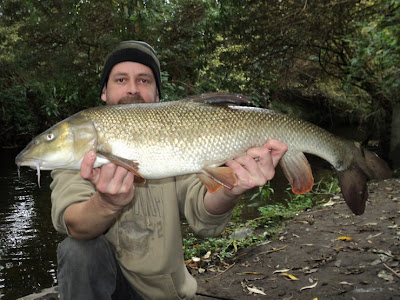 We were also after some bigger fish - perhaps even a double. Last year the fish averaged just over a pound, so again this was a mission. We managed 29 barbel over our marker-weight of three pounds, and we went on to find some fantastic fish, sevens, eights, nines... And Dan cracked the double, he still hasn't stopped smiling!

Dan had some really bad luck at the start of the season, line break after line break, hook pull after hook pull. I think it's fair to say I caught the bulk of the weight but Dan put the cherry on top with the double... 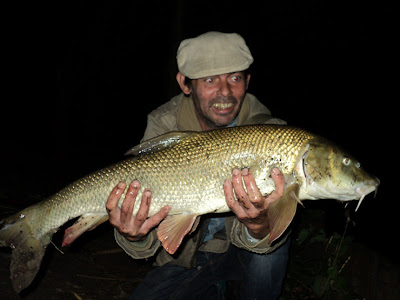 The top 10 fish are listed below, all of them are over 7lb, in fact we beat last years best (6lb 6oz) a total of fourteen times! Going into this season I was convinced the bigger barbel only fed at night, so I've added in whether it was day or night to the list.


There is still much to learn about this fascinating little river, and its very tough fishing - we're still just beginners, but I'm very much looking forward to exploring further next season. Roll on June! 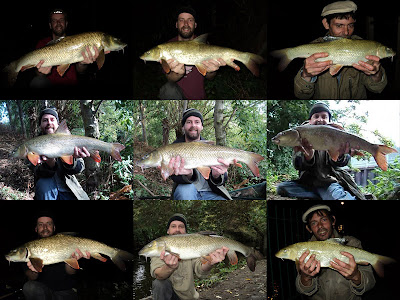 And next years challenge? We've got three months to talk about it... 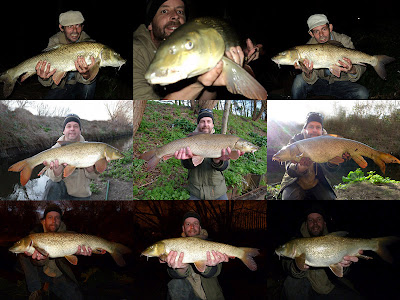 Right, that's a season review, a season video and a barbel review - time to stop looking back, kill a couple of months and plan the next season...
Posted by Brian at 10:44