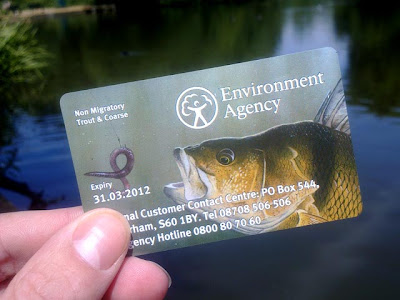 Well the course fishing season is nearly here, less than 2 weeks to go! This closed season seemed to go on for an eternity, and it has been harder than ever before to resist venturing to a canal or pond for a bit of out-of-season fishing - or do I say that every year? I do agree with the closed season though, not only does it give the fish a bit of time off to breed, it also gives the water birds, wildlife and weeds & plants time to flourish.

But now it's time to make a couple of plans for the forthcoming summer season:

Barbel Challenge
Dan and myself have set a target of catching 100lb of Wandte barbel, last season we managed to catch 35 fish but there average size was just over a pound. We know there are double figure fish in there so it could be a lot of small fish or nine or ten big ones - hopefully a mixture of both. Within this challenge there will also be the biggest individual barbel competition between us (we're aiming for a double).

A Thames Pike
I put a lot of effort in last season trying to catch a Thames pike without landing one... I'm aiming for at least one fish (of any size) I can then work from there! I'm probably going to venture a bit further upstream where they seem to be more prolific.

Others
I will also be targeting other species, carp, chub, eels, bream, as the mood takes me. And in the winter I'll be heading in search of a River Wye thirty pound pike, I've been after one for over 20 years, you never know, this might be my season. I'll also be applying to get tickets for Chew Valley.

For the first time in years I'm in England when the season opens, so fingers crossed I'll be on the bank on the 16th... Can't wait! 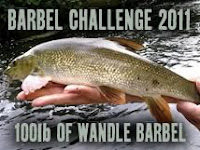 I'll keep a running total of the barbel challenge to the right. Tricky one this year!

'A man's reach should exceed his grasp' Robert Browning.
Posted by Brian at 10:59