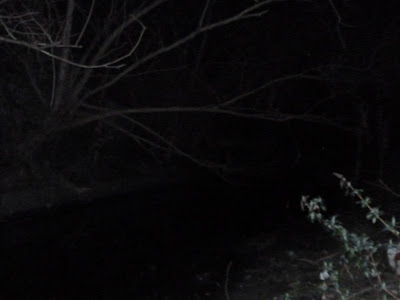 A long day and far too far into the evening on the river for one lost fish, the barbel to chip us over the 200 pound mark. I had it on for a few minutes and it felt like a very big fish - perhaps the double I've been chasing - but just when I thought it was tiring the hook pulled and it escaped unseen. Nearly out of time and the challenge has stalled on 199lb...

Or at least that was the post written in my head as I wound in the very last of the day's last casts...

Me and Dan had fished hard, we only needed one more pound and we'd have doubled our target. Now, both well overdue to be somewhere else, we decided to call it a day and wind in. As Dan wound in he shouted he'd got one - I stopped and put the rod on the rest ready to re-assemble the landing net - but it was just a boot-lace eel.

As he dealt with the eel I watched my rod for any signs of an excuse for one more cast but nothing happened. As the eel was put back I picked up my rod and conceded defeat - and something tried to rip it out of my hands - unbelievable! 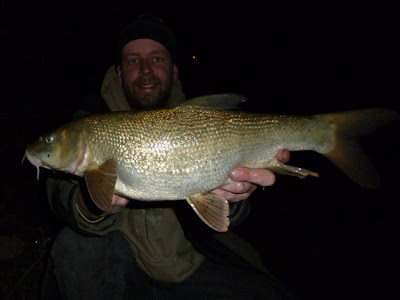 The barbel challenge stats are here.
Posted by Brian at 23:52