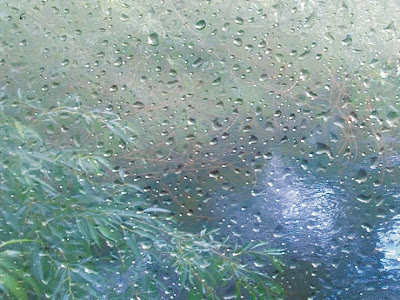 We had some much needed rain this morning so myself and Dan hit the Wandte hoping it had put the barbel in a feeding mood. We arrived about 7pm and I had a bite first cast - miss. Barbel second cast, no bite, just wound down to check the bait and it was there, 1lb 11oz. Things were going to plan...

Then no more bites until well after dark when Dan had a barbel of 2lb 4oz. I noticed when it was in the net it had a second hook in its dorsal fin, and on further inspection it turned out to have a split fin with a section of landing net, a hook and a load of line stuck in it, we set about cutting the unwanted rubbish from the fin. Once free Dan went to release it - putting it back in the net to carry it to a suitable release site... Yep. It got caught in my net and I had to cut it free again. Stupid mistake and a hole in my new net!

Next up I had a barbel of 1lb before Dan wrapped things up with a cracking 2lb eel.

Not quite the feeding frenzy we were hoping for but at least we had a few fish. The problem is that the run-off time after rain is so quick because the river is so small. To benefit from the rainfall you really need to be fishing in the rain - and we are mad enough to do it! 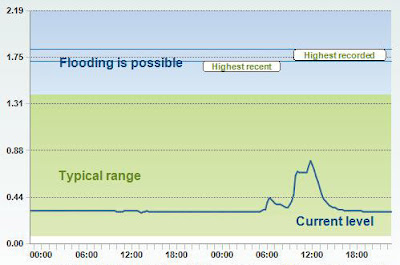 Wandte river levels from the Environment Agency.
Posted by Brian at 23:47