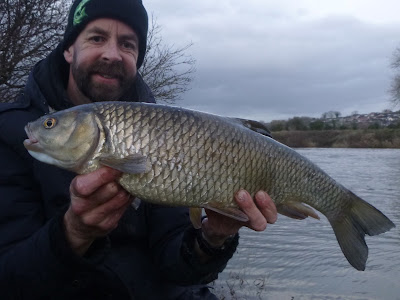 It was supposed to be the traditional Xmas Fish Off with Dyl & Steve but the weather was awful, strong winds, driving rain and Steve wasn't well. Was a shame - I really fancied a win this year - might have to come back in January or February...

Instead I headed to The Wye, with about 3 hours until dark I abandoned the pike gear and tried to bag a barbel before returning to London. Three chub to 4lb 10oz and a little barbel of 4lb 11oz found the net. At least a Wye barbel wanted to play! (+1.6) 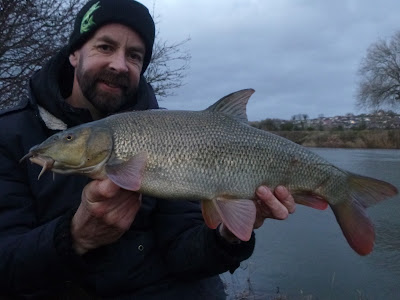