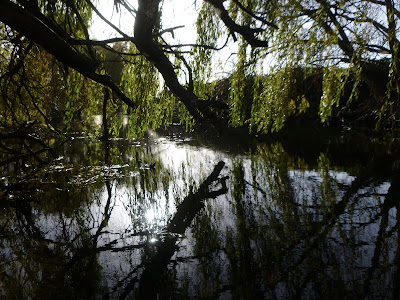 The plan was to head from The Wye to The Severn for a couple of days chasing the barbel and pike, but with the river bursting it's banks, strong winds and rain we rather sensibly abandoned the idea.

By Friday the weather had improved, with most of the large rivers in flood we headed for a smaller stream - a bit of wandering with a pike rod each - in the autumn sunshine - what a difference a day makes!

Action was pretty quick - James loosing a fish before we both banked a beautifully marked pike each. The day was made, and it didn't matter that we wandered about until dusk without another run! 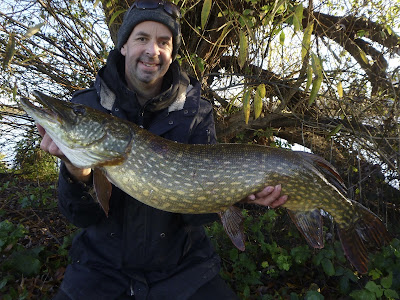 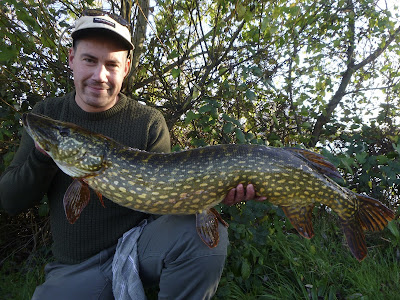 And James' first pike of the season, details on his blog.
Posted by Brian at 06:21