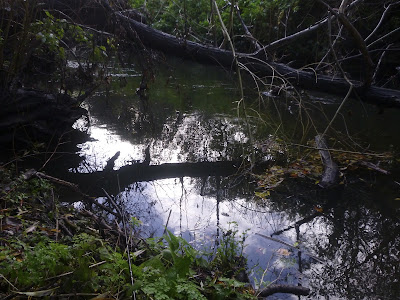 When I was on the river last I spotted a bream - very rare on this river, in 13 years of fishing it I've only spotted one before. So armed with a tin of sweetcorn I planned to see her on the bank.

The water was pretty dirty but I cast out under a tree where she was hanging out before - and 15 minutes later the rod slammed over. A small common carp - I was convinced I'd hit my target for a second! 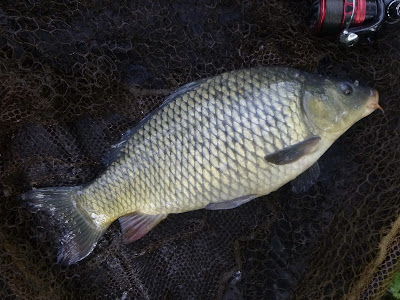 With the swim thrashed I decided to leave it to recover for an hour and went in search of a barbel - a wander about downstream and I found two, 5lb 2oz and 4lb 6oz - great stuff!

Back to the bream swim but the water was rising like mad - two chub found a bait before I was flooded off the river. I will be back when the water drops - and I can sight fish for her (or him). 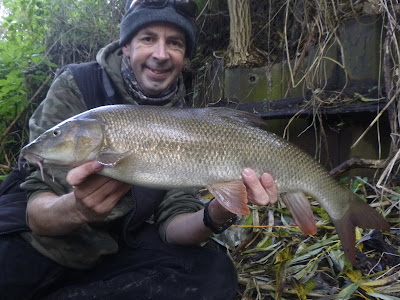 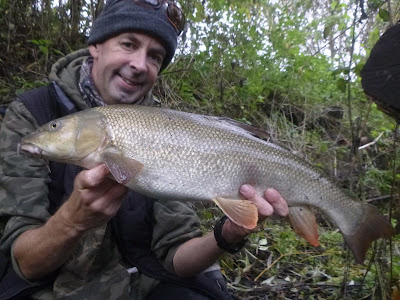