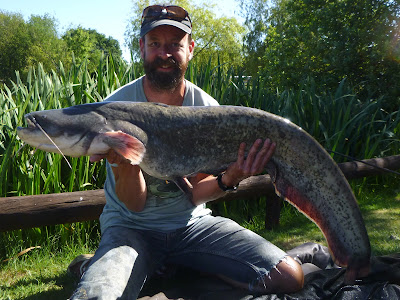 Date fished: 30/31 May (24 hours). Arriving about 5pm me, James & Richard found ourselves in a shallow bay with the wind pushing into it - and catfish showing themselves - everywhere! I couldn’t set the gear up quickly enough - seriously - there must be an easier way to thread rig tube onto the line - it took me about half an hour!!

Simple running ledger, 20lb Berkley Big Game straight through to a size 4 barbless hook, and double donkey choaker halibut pellets on a long hair rig. The other guys using similar setups. A healthy amount of free samples and PVA bags of pellets to create a bed of bait. Two rods, bite alarms and sit back and wait... But not for long... 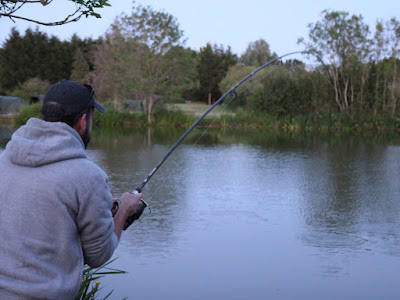 Action was almost instant - my alarm screamed and I was locked in battle - eventually my first cat was in the net, a 24lb 4oz beast - way to open the account! The action continued across the bay and I landed 6 more before nightfall. Nighttime was strangely quiet, I think we had one cat each, plus I had 3 carp to 18lb 8oz - bonus!

As the sun rose the catfish switched back on. As dawn broke I was back into the cats, adding 14 more throughout the morning and afternoon - and upped my PB three times; 27lb 10oz, 29lb 2oz and I chipped over the magic number with a 30lb 3oz monster - brilliant! So that was 22 catfish and serious arm ache, what a 24 hours!!

But this isn’t just about me, I was part of a team. A team that nearly always had a fish on the hook all the daylight hours we fished. We had numerous double hook ups and a couple of triple hook ups. Being each others net man and photographer - it was so hectic that many fish went back unphotographed - even twenties! (We weighed everything).

I had the most cats but James & Richard found some bigger fish - Richard landing 2 thirties and James a remarkable 6 over the magic number. A cracking trip, topped by a new PB each - it was going to be a one off - but with fishing like that we’ll hopefully be back soon... Once we have recovered... They don’t half fight! 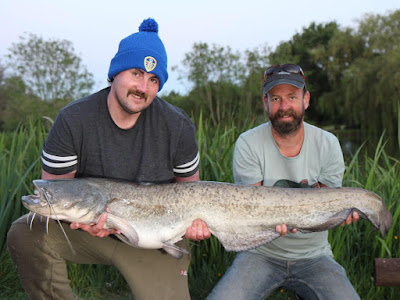 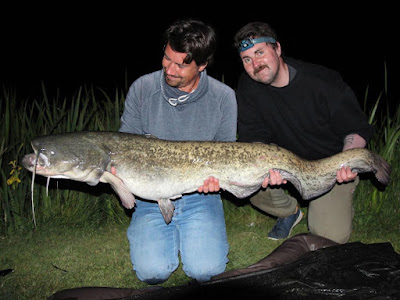