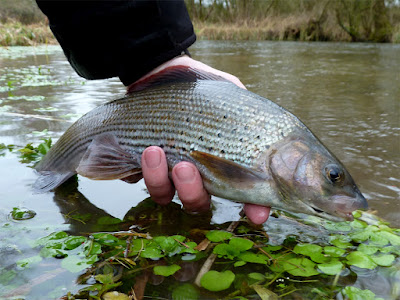 How do you catch a two pound roach from a stream chock full of hungry trout?

Me and James had discussed it in length, and we had a plan... Well, we had a plan each as James was armed with his body weight in liquidised bread, and I had a small tub of worms and one of maggots.

My plan was to wander about and find fish on the stick and pin with very little feeding to keep trout activity to a minimum. It didn't work! The first couple of dozen fish were all trout! And James was having the same problem. 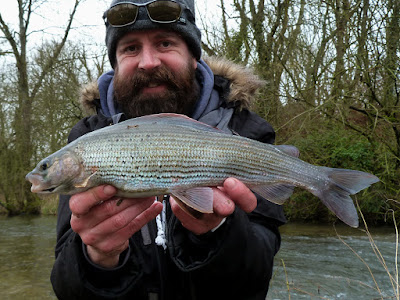 Eventually we found some gaps in the trout (caught them all once?) and started catching our secondary target - grayling - I eventually lost count but had 10 over a pound with the best (weighed) one going 1lb 9oz. And James caught even bigger grayling.

But by chance - and not by any plan - I caught our target species. Not a two but a spectacular looking 1lb 11oz roach, an ancient warrior - battle scared and beautiful. And despite fishing on well into dark this was to be our only roach... 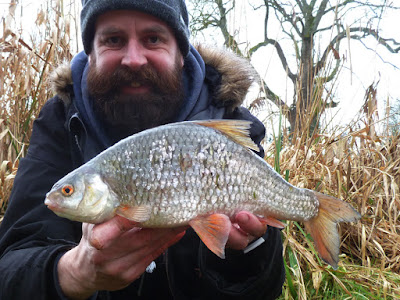 What a fantastic looking fish, and for once James was going to be the photographer - this is just a quick self-take - I'll add James' photos when he send them across tomorrow...